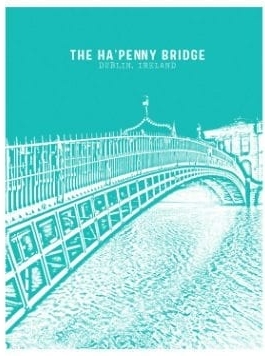 What the darkness wants is to be plunged into the darker
To know your damnable dirty deeds
The thoughts that run around your head
Taunting you with their insanity and their reality.

The darkness wants you to go with it.
Further and further until you cannot see the light.
Until light is a legend, that you do not believe.
Until light is where your monsters are, stark standing in the sun.

What darkness wants is to consume,
To envelop you into the shadows.
Until you are a shadow. A shadow of what you were.
To lie among your terrors, not knowing they are there.

For what you see cannot hurt you
And they say ignorance is bliss.
And so you cover the dark with darker
And fall into the abyss.

The oceans dream,
And sailor’s plunder,
The whale’s scream,
The lightning thunders.
Dolphins sing as the sail’s swing.
The ocean is vast and deep,
But so is the sailor’s dream’s as he sleeps.

What Do Shadows Murmur

The secrets, whispered
Behind walls,
Rumours and lies
Spun out of control.
Nasty things, when nobody was around.
You laugh, you mock,
They remember.
Your lack of caution, your doom.
You may not remember them,
But they remember you.

My generation is the loudest voice that is ever going to be heard
The energy that will fight for justice in the world
The one that has to pay for all our parents’s mistakes
The people that love other people no matter their sexuality, race, gender or religion
The one that will stop the violence, the one that knows that words are always the best solution
The one that my sons will study as the best generation in the history of humanity.

All the hushed voices.
They savage bartering form fists.
The dents from heads.
The hard work and sweat that goes on inside them.
The walls will never forget.

Eerie footprints imprinting upon forbidden ground
The walls reminisce of retired childhood
Promises of the new and shiny disappear
Flaking, wrinkling, shrivelling with time
Along with the needles and dust
Wedged between warped floorboards
Echoing halls threaten to implode
Bringing with it, the fitzcarraldo of youth

I can feel the shadows following me,
Without saying a word, I could sense them condemning me,
The hatred as they silently called me a monstrosity,
But that isn’t who I am or what I want to be.

The shadows began to grow vast,
But I got a sudden blast from the past,
It reminded me that this terrible feeling will be gone fast,
And therefore I will finally become the person I want to be at last.

Can range from the darkest thoughts to the brightest,
They can affect your mind like a twister
By helping your life or causing a crisis,
They have power you wouldn’t believe,
They can spread rumours like a disease,
It’s crazy to think what they can do,
But really, is it every true?

In my home blue is the colour and football is the game. Chelsea this football that.
All my enjoyment springs from the sport, playing following analysing.
When I played in matches since I was young, it wasn’t a match to me,
It was a chance, a chance to show that where I lack in height,
Is made up double by my physical and mental determination to be the best,
Make the tackle score the goal win the game.
Because that is what it’s about for me. Nothing else.
Always knew any footballer’s name who scored assisted
And played in the Premier League with hopes of one day a kid like me knowing mine.

I’m a fan of your walking
I give you my everything, even my breathing
With you, I see everything in spiral
I want to take photos and go viral
Your eyes concentrate me like Adderall
With you, I get the overall
When I touch you, the whole world stops spinning
Not even death will separate us

Everyone has a dream, dream is something we need to pursue.
When you know you are facing a problem, find a way to solve it.
Dream is not can not achieve, but to work hard, do not give up.
If you give up, your dreams will give up on you.
When somebody laugh at you, just don’t care for it ,be yourself.
Maybe you will think what wrong with you self, why they laugh at you.
Because they self have problems.
Jealousy and self can’t do this is the reason.
The God give human life. We meet trouble,
Sometimes is really not a nice day, but sometimes is good luck.
No one can decide your own dream, because how foolish it was.
Fell to the ground, stood up and ran to the finish line.
Don’t be afraid to get what number you have.
Because you tried your best.
People hope self is perfect, but no one is perfect in life,
Must be difficult for everybody,
But to choose the right answer is by yourself.

They say young people need to work hard and think about ideas.
Anything you want to do but not to get mad at money.
Don’t worry at home about it if you Want to mix a meal to eat just behind people’s back obediently.
You’re going to pile up a mountain of money and stuff.
How is that enough at least it in your house are full of half
Led by the nose and be willing to be a slave.
Watch people’s face and everything should be done
They asked you how much your dignity was worth why do you stand and wait.
Just a nod, just a bow, just a run for the money and a stab in the back，
And call you catch up with them.

Shout out!
Enough of the poison
In the new minds of us.
Youth,
The floor is yours,
Speak!
Through the bullets in heads of the rulers and burgeois.
Shout!
Through blasts of the banks and all courts.
“ACAB!”
Write with paint on the walls
And together
Build the new world for people of free.

I regret the silence,
I didn’t look for you and you hid inside yourself.
I feel that although we talked you never talked to me.
And now I know it was my fault to leave you,
I know that if you come back,
I’ll give you a thousand reasons to stay.
I will relive dreams, those that we create together hand to hand.
Relive every night sitting together at the piano.
I know you still feel what you felt,
I know you understand what I say,
I remember every word you said,
The promises you made to me.
If they’re gonna be empty promises,
If pain is necessary and love is forever,
Forget this story and start the following…

I’ve been in more schools than most,
And that is definitely not said to boast.
After about four,
You’d think I wouldn’t be so bored.
I’ve always been known for my lack of attendance,
Cause staying at home is such transcendence.
My friends all miss me or that’s usually what they say,
But hey at least I came in for half the day.
I’ve dealt with enough snakes in my lifetime,
And it isn’t even lunchtime.
I love my friends they’re the best,
But goin to class is a bleedin quest.
I do love English and art,
They are the best part.
But hey schools not that bad,
And if it is I’ll just give out about it to my mam and dad.

Me and the mandem use to kick ball when we were 10.
Beat up anyone who would kick the ball over the wall.
This is where I built my first snowman.
Crying when my snowman melted.
This is my green.

The young teenager,
The single Afghan mother,
The government funding, the drug running,
African refugees,
And innocent fishermen on the seas,
The mass graves,
And the mad raves,
Drive bys, then blood red skies,
Loading a clip,
“It’s all in the wrists”
The bullet, the barrel, the loss,
The money is worth it,
No matter the cost.

The cracks and crevices observe
Study our own

And these walls remember,
But we are too blind to know.

Liking pages,
And going on the sesh,
Social media,
Personal mess
Addicted to our phones,
Or in class writing poems
Trying not to catch the corona virus,
While we listen to Miley Cyrus
Cancelling trips,
While everyone flips
Going out and having the craic,
Always looking forward, not back

Going out on weekends
Not remembering what you do
Being told things about yourself
That you never knew
Getting up at seven
To learn something you don’t need
School trips cancelled
Because nothing’s guaranteed.
Having fun without a care
Because no one understands
The jokes that make you laugh
Are why the teachers reprimand

It all began here
The first tentative steps
The crying and
Holding hands
This is where it ends
The cries, goodbyes
Found out lies
What’s broken
You can mend

These walls recall
The cries a that young defender

So then comes the end
Some happy, some sad, some bend

The choking sensation
The growing temptation
The whispering blisters
The constant frustration.

The boys who broke toys
The girls and their twirls
The things you have seen
And the eejits you’ve been.

I remember the little girl who entered the room
Ready to face the world.

They watched as she searched blindly
Guessing the rules as the game progressed.

She changed like the weather
And as the months passed
The grey overcast fields transformed into unrecognisable sights.

She searched for recognition in strangers’ eyes
But instead settled for something else.

Now I sit, eyes to the floor.
Stealing glimpses.
Searching for that look.

What these walls remember
When it was December,
Or November?
I can’t remember

My best friend, my dearest love.
While you rest, leaving me behind on this earth,
Your memory fluffs around in my head each day.
Never coming back, leaving me alone with these unfed memories.
Memories of all our fun, all witnessed by non-other than us (the greatness in that)
But as the days progress and these memories continue to starve
Who do I turn to reminisce? No one was there to witness.
But these walls remember. Their ears heard, their eyes saw.
And all the memories hang on the wall.

Our fortresses have been chipped,
Indented, even worn to fit this world that has been torn

But brick by brick we build ourselves back up for better time’s.

The concept of being stolen
Once was a dream
Now the feeling lingers, haunts
Ever since, I chose to leave
He’s right, you are so naive.

This is what the gun wants.

My generation is leng,
All the girls call me peng.
I’ll rob your girl
And treat her like the finest pearl.
When the girls see me I ring alarms
They always say Dam I can’t stand his charms.
Hickery dickery dock,
The clock tic then tocked.
The door was shut and locked,
Every body screamed were blocked

Meath, what a wondrous county,
Full of joys with lots of bounty,
Me n the boys havin sessions in fields,
And workin in summer prayin for high yields,

The river Boyne, a popular spot,
Jump jump jump is shouted quite a lot,
Ice cream on warm summer days,
Gazing drunkenly into the summer haze