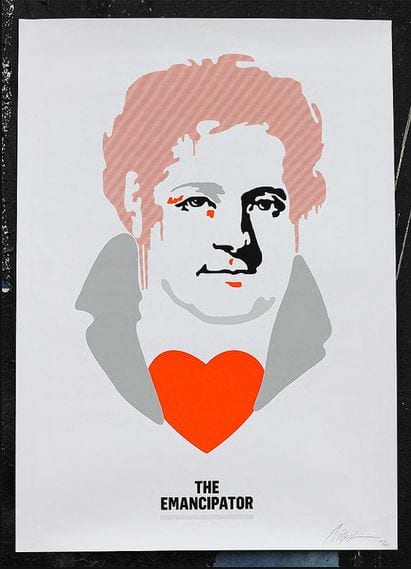 As i walked through the snow,
the black tarmac hidden by a blanket of white
the streetlights lighting
the circles along the long lonely road
i breathe out, the fog covers my vision,
as it goes, the world seems clearer
than it ever had before,
like the first time i saw snow,
like the first time i saw.
i stare in wonder, the bare trees and the lonely crow standing,
staring with intreug and wisdom
as i drift off in wonder,
thinking of new place i discovered,
a car passes, bringing me back to reality.
as the crow flew,
i starred up, and continued on my journey.

I stumbled in the door , half one at night
High as a kite
Finally conquered my 13 step stairs and the long long 8 steps to my bedroom
I strip down and get ready for bed and suddenly I think “oh no”
I turn to my friend , “I’m gonna get sick man”
I wiggle out of bed and stumble to the jacks
Fall to my knees and puke up the sink
Usually when others are asleep you try to be quiet
But my intoxicated self held the toilet handle and pulled it
The next day I thought I got away without a word
Then my poor mother came home and shook my world
She asked how much bottles I drank , sure I hadn’t a clue
I told her 3 or 4 but I found out it was closer to 20
Now I’ll wait for the next night out,
and sham, I’ll give her plenty.

Early in the morning eating the fruits,
A few hours later I’ll be lacing up the boots.
Sprinting out onto the pitch,
Hoping I don’t get a rotten stitch.
The ball has been thrown-in,
Nothing can stop us getting the win.
The referee making mistake after mistake,
Is he a dirty snake?
Sticking one in the net,
How good can it get?
The ref has blown for full-time,
The result is sublime.

The red side of Manchester, they are at the worlds crown,
Marcus and Tony sitting defenders down,
Bruno and Donny running the midfield,
with a game in hand 5 points from top of the league,

Top of Group H in the UEFA Champions League,
Beating Istanbul, Leipzig and PSG
The guarantees of life being death and taxes,
and Marcus Rashford scoring in Paris,

Times have been tough since Ferguson left,
Now Ole’s bringing United back to there best.
Liverpool down the road letting Everton thrive,
while the scousers lose out to Villa by a margin of 5.

I step up to the play,
Its a war, not a game
opposite sides with the same goal,
something just out of reach from eachother,
No friendship, but no hatred,
There is respect,
there is pride,
this is the war,
this is the game.

You had my trust,
Thought we were friends,
All turned to dust,
Just in moments.

Knife in my heart is not the worst,
You couldn`t look me in the eye,
Stabbed in the back is what most hurts,
Fair well old friend as I now die.

why do we fight

Why did she leave me,
I don’t like it cause its lonely,
made me feel so crappy,
still wondering why to this day,
why she threw it all away,
wish I knew but its ok,
dying inside when I see her face,
wish it didn’t end this way.

Bright lights, long nights and street fights,
All signatures of Christmas in Tuam
From the hot chocolates in the afternoon,
To the boxing outside nightclubs that leaves lad’s faces ruined
Even though it’s a quiet Christmastime,
The people out partying are still wild
Although you might end up in the emergency room,
We all still love Tuam.

It was one at night when the mandem snook out
going meeting the birds there was no time to shout,
down the n17 we would go,
there wasn’t any time fore people to be slow.
The glynner man was soon out like a light
and no hope of waken him was in sight.
2 hours had past and the time had come
glynners has awoken after 30 bottles of rum
then we heard a noise it was time to run
and that was that the night was done.

It was around 1 at night when I felt it was time to go
I knew it was time to go out the window
it was pitch dark at night and I hade butterflies
I picked up my bike and went to meet the guys
I got to the spot and met my friends
my thought in my head is how is this night going to end
we finished at around four and it was time to head home
my thought process was what if my parents knew I was gone
I left my blind half open
If my parents entered my room I would be heart broken
it ended up successful in the end
And this very night would go down in history for me and my friends.

My favourite sports is Rugby

I favorite sport is GAA football

I Play with my club
I train twice a week
I play in as a defender
I love playing in matches
and I love when my team wins
My dream is play play for my county
GAA is my passion.

I don’t like school
because you have to be cool
and if not your a fool.
with these silly rules,
all day sitting on stools
and if we dont knucle down
we will be know as the clown
sitting in the class
trying your hardest to pass

I was immature and vulnerable
while it lasted it was memorable
them 4weeks they were unforgettable
I was only in my first year of secondary school
she made me out like I was a fool
it was my first disco
I liked her like the food in the bistro
it was finished by zero.

No one gets it

at school you’re a misfit
you may even be unfit
and struggle to fit in your football kit
pretending to be something your not so you’re life is split
teachers complain about your wit
parents looking for you to commit
when all you wanna do is quit.

I had a bad day
I failed my english test
My parents got divorced
My life has in ruins
I lost my best friend
I started smoking,
got lung cancer
My life go gone.

school life is hard,
you wake up at seven,
your at school for eight
and work for nine
there’s only six classes a day
and your home for 5,
the lovely warm house
and the dinner in your tummy,
you go to sleep that night
and repeat tomorrow.

Waking up for school
feeling like a fool
in construction using the tool
woodwork piece used as fuel
weeks of hard work down the drain
lots of pain
seeing it come to an end again.

sneaking back into my house,
we had to be as quiet as a mouse,
we heard a creek,
it began to make our legs weak,
it really began to shook us to the core,
I wish we go back to a peaceful snore,
From the top window I heard a roar,
my mother turned into a dinosaur.

From Lloris in the net to Kane up top ,
To Ndombele in the midfield sending boys to the shop .
Sonny banging screamers on the left flank ,
Makes me want to have a w*nk.
From destroying Arsenal our main rival ,
We always knew we would be top of the league since Joses arrival.
And to finish it off I would like to say ,
we will be taking home the premier league trophy at the end of the day.

Once I was on the sesh,

with the lads,
the shades came,
we ran so fast,
running through the green fields,
hopping walls and climbing fences,
out of nowhere came a rock,
I tripped and thought
I heard my knee pop.

on a summers eve,

I met d lads
we went on the sesh very hard
big bob now showing of his knee pads
this beure beautiful broke me heart
she look at me like a superstar
I bring her to nearest bar
we get locked and have fun
she say to me love u hun
I say goodbye and give her box in the eye.

I was walking into school when I came across a chicken
he is hairy like Pat’s girl Mary
the innocent boy
I would steal his lawnmower and his job
He stuffs the hot dinners down his gob
His oul lad is on the doil
He would eat around 14 chicken rolls
He is one sweaty boy
Food brings him joy.

I went to Mayo to vist Sam Maguire

On a cold Saturday evening

I met the lads
we went for a walk through the cold foggy park
and we took out a few cans between us
and drank them like there was no tomorrow
we went on it hard and I made a loud fart
and girls started laughing at me I gave her a look
and hit her a right hook and she looked at me like she was shook
and I gave her a look at my duck.

Life as a teen is hard
when you’re a teen, drinking and driving is barred
my day starts at six, I live out in the sticks
school should encourage, but I feel discouraged
life couldn’t be harder at the moment
when I get home its work time again
until about seven when I sit down with the chien
no time for your hobbies always doing little jobbies
life couldn’t be harder at the moment

I come back in Christmas
I want to see my dad and mum
I am sixteen years old
And I would like to be all my life young.

today i see a film
with my class as a team

this is my first poem i do it with my friend
im so sorry but this is the end.

in school you have to be cool

and if ur not then your a fool
you wake up at eaight and go to school
being cool
after school u go home
you do your work and go out with your mates
out in the night with your mates
cold and dark.