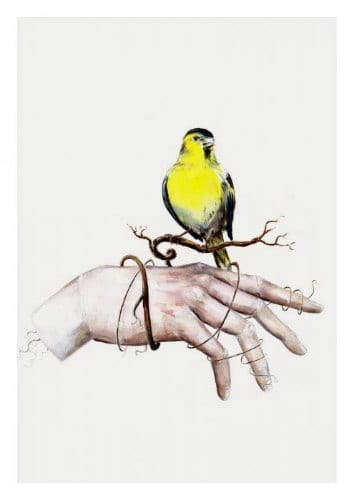 The times of the past,
From crying to laughing,
And relationships that didn’t last.
These walls of mine, they know a lot,
All secrets kept, no memories forgot.

What rivers carry,
That does not belong, that is there because of you and I
We belong in a world much better;
The world belongs to better than us.
We’ve made this problem and we must face it.

What the world belongs, what history has gone,
These walls of mine, they still remember,
All secrets kept, no memories forgot.

Absorb everything for you are not enough,
Your demise, your happiness, your thoughts,
Endless days I have sought through,
Endless nights I stare at the moon,
A breeze of wind in the mirror you see,
On the other side is the tears of insanity,
The ability of affection to whom you once parted,
The ability to learn when all has been decided
Courageous enough to say what you feel
Just to know that it isn’t real
When the world unveils before your eyes
Would you keep it closed for the sake of your smile?
From this, I walk a path unknown
To an endless horizon near a valley of stone

The days of people walking out the doors crying
The days of laughing and smiling
The teachers that are now gone
The relationships that were never going to last
Who was left behind because they couldn’t keep up
What was taught to us, now old and unadvised
What people used believe religiously
What the shadows whisper.
What was left unsaid to those who needed to hear it
What was left out on purpose so they wouldn’t get blamed
Who was left behind for other friends

Life Has No Dress Code

Life has no dress code
To me, that is clear
And I think we improve
On accepting that every year.

The lonely kids in the hallways.
The conflicts between students.
The things that happened in the toilets.
The good moments, and the bad moments.

An escape from an everyday job.
A way out. To achieve their dreams.
To explore the world, and meet new people.

A subconscious fear of constant doubt.
Praying that you’ll make it out.
Never knowing if you’re good enough.

The late night fights, and the loud screeching screams
The times of distraught between the two
The long silence from day to day
When the guests are around everything goes back to normal
But once they leave it starts again

The laughs that were had
The times students were sad.
From the school yard bullies to the sly, judging girls,
The memories that stay in this building are something of a whirl.

The shadows murmur
You aren’t good enough
But that isn’t good enough for you
You put your head down to make yourself better
Now look, a worldwide inspiration

I remember one of the worst days of my life
Seeing her pale and lying down dressed in all white
No one to talk to, no one to help
No one to erase the damage already dealt
I wanted to cry but I held it all in
My heart sunk heavily as I touched her icy cold skin
Without her I’m empty, a feeling of solitude
I’ll see you in heaven real soon, I promise you.

Why me?
Why was I always the one getting hurt?
What have I done that has made people want to hurt my feelings?
And bring me down.
Sometimes I thought to myself “why can’t I be good enough for others”.
I did not want to tell anyone because I felt as if I’d be judged.
Primary school days were not my favourite.
Some days id be happy and included but other days
I felt all alone with no one to talk to.
But now I’m stronger than ever,
It has brought to be who I am today,
So what I’m about to say is,
“There is always a light that shines through the darkness,
No matter what happen, the brightness is always there!

My life isn’t that bad, I can’t complain
Although there are bad things that go through my brain
It happens to all of us when we fall
But some days we could feel like we are tall
But people hold their emotions in a box
Like they are as quiet as a fox
People don’t notice the way people actually feel
Because all of their emotions they seal

Good days, bad days happen to us all
But we have to pick ourselves when we fall
Like the mothers blabbering about the children in Africa
It could surely be worse
As long as your happy healthy and have a little bit of money in your purse
Although the perception of healthy is different for everyone
We all turn out the same when it’s all done

I want to be a basketball player
But all the scouts say later.
I only have one wish
And that’s to make the ball swish.
If I had a 40 inch vertical
Then I would get the call.
I want to be like Lebron James
Then I would have bigger aims.

I had a dream to be the best,
But some things just held me back,
The depressing draining feeling lying in my dark bed,
I did not want any help,
The people who were good to me became an enemy,
But now only for them I would be dead,
Its ok, I’m back to myself.
Thank god, I’ll see you again.