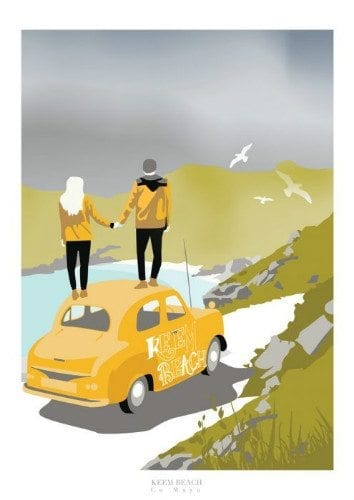 I fear I’m no longer the smartest person in the room
I was a year ago but you know what it means to assume
My art comes in streams and my writing is filled with passion
But streams can ebb and the fires are ashen
What if what makes me quirky and unique
Is now out of trend, what if I’m now the freak
And now I talk to compensate, on the verbal lamb
What if I’m not what I everyone thinks I am.

I am the broken bottles and shards of glass,
I am the darkness in that brass.
From those knuckles that leave those scars,
And am the pain in all their laughs.

I’m the hollow in your heart,
And I’m the bullets from those barrels,
I’m the tears that they shed
When they see the body on the spread.
I am the deep heavy breaths of those people that you left,

But if you can read this and can connect,
Please don’t let tonight be your last breath,
You are beautiful and brave
And I’m the gold that’s in your veins.
So trust me when I say that I know that you’re afraid
But believe these words I say,
You are brave and you’ll be okay!

The world may be dark with no real voice
My worlds are dark too but by my own choice
People are odd, strange and ever daunting
I create people with pasts, so cruel and quite haunting
Many are liars and players, who masquerade as friends
Sure, my people are still liars but at least I know where it ends
Yes, I’m not confident and in some’s eyes I may be odd
I’m somewhat reserved and static but inside I am a god.

The feeling of dancing is the greatest feeling of all,
From the sound of the metal taps along the hard wooden floor,
To the feel of my body pushing onto my toes,
Or the feel of my the hairpins stabbing my head,
However from the moment I step onto that stage,
To the moment when I bow and wave,
Is the reason why I keep on smiling and going.

“You’ll get a handsome man when you’re older”
Is what they would always say.
“You’ll met a nice man who’s wealthy”
I would question this plenty.
As why this mysterious man who I never met is all they talk bout?

Females gossiping about males they like in classes.
When I sit in the back questioning why don’t I like any of the males.
Thinking it just because I’m better than the females, I continue on with my days.

Doing my errands, I tripped on the pavement.
“Oh! Let me help you”
Looking at the helper hands, I grabbed and got up.
Facing towards them to thank them.

I get flushed in the face from seeing her beauty.
With fire-red hair and blue eyes glistening.
I blurted out fast “Ahhhh how can repay you for helping?”
She chuckled at this
“A coffee would do”

Years went by, and this mysterious man is still nowhere near
He hopefully has disappeared forever.
As I’m bout to get married to the woman of my dreams
Who make me unworried about everything.

In today’s society, girls are trying to look like the people in magazines
To be skinny, girls are judged if there too fat or too skinny
If a girl is too skinny people will say that they should eat more
Or if you’re fat they say you should eat less or go on a diet
I think its really messed up and that in today’s society girls are called sluts
If they’ve kissed more than two guys but when guys have slept with more than ten
They are made feel like legends
And that girls may wear way too much makeup
But they are made to feel like they look ugly without it.
Society makes girls feel so insecure because of how they look or dress or their size
In today’s society, everyone is constantly worried about what other people think of them
Or they are always thinking about if there looking at them
Or if they are taking about them or whispering about them behind there back
But I think we all should take a look around and be ourselves
Screw society you should be a confident person
And walk out of your house the way you want to
Not what you think everyone else will like
Put on as much makeup as you would like
Don’t let anyone put you down
And ignore the whispering and stop over thinking it
Live life the way you want to
Be confident in yourself
Don’t follow the rules in magazines.
Oscar Wilde: “Be you, everyone else is taken.”

As I watch the waves cash against the pier,
My mind becomes very clear,
And the fear of leaving my loved ones behind
Is becoming very near,
But I must pursue my dream of becoming an engineer.

I am from the quiet little village of Castlegregory
Where the pace of life is slow
And our Summer days full of glory
From the sea that surrounds us so blue
To the stunning mountains that provide an amazing view.
The people of my dear village are so meaningful to me
I hope that nobody would take for granted this hidden gem by the sea
One word ‘Castlegregory’

I have one sister
Her name is a tongue twister

And then there’s the dog
Who gives a bog

Bent down one knee behind the scrum
Thinking of that last drop of Jamaican rum
That is sat there under my bed
Perched on top of the thermonuclear warhead.

Summer is over
It’s such a bummer
Miss being on the strand
Getting tanned
Staying cool
By the pool
It’s really clear
Summer is my favourite time of year!

People change that is what life is about,
It’s a constant evolution
People trying to limit the pollution,
Others trying to milk the earth of its riches,
Acting like little bitches.

Friends change,
Shape and form,
From best friends forever to we don’t talk anymore,
But when you’re old and grey,
You think back to the days,
When you could see the way,
You try to think about who you were

There was a time before the earth changed
When the sky was blue and the air was clear,
But listen dear,
The sky are ash,
The air is not clear,
Forests are burning,
Animals dying,

So yes, people change,
They’ve changed before,
Ruined a planet,
Killed off whole species for what?

For a moment of glory,
Fame to fall on them,
But now it’s gory
And it’s not easy to mend

Does Life get Better?

Everyone has problems
We’re told that world is dying
The icecaps are melting
The amazon is burning
The countries are on fire and flooding everyone
And everything is dying
The milk prices are slim to none
People are homeless and have no money or food
People are prejudiced towards, race, religion, and genders
We have got to study hard in school or well go nowhere
But for a split second i want to be selfish
What about me, i’m hurting inside too
Living in a world where i’m made fun of for everything,
Laughed at, called names told what I should or should not wear
Told that I am the reason the world is dying
It’s so hard to think about everything and go through everything
When your back is against the wall and you’re told you aren’t good enough
All you want to do is cry and let the pain out
But at the end of it all there is a light at the end of the tunnel
And it ain’t a train, so live your life
Wear that dress, do your thing
You are who you are
You should love that
Just know that the comeback is stronger than the set back.

What Do I Know?

There where people that told me stories I did not understand,
Stories from a time humans where evil,
From a time the world was sobbing over its pain,
Oh how was I proud to not live in this violent world.

As I got older, I grew bitterer the more I knew of the world
Everything was connected to something evil,
So I changed my opinion the world was as bad as a hundred years ago,
Just more intelligent even here in Waterville,
I lost hope of all and everyone oh god please help this world
Because I can’t do it alone.

You and me we keep alive the afterglow.

Every time I play football, I always end up having an all-out brawl,
After I am sent off, I settle down with a lot of alcohol,
Hotheaded bee stinging the referee,
Always at him because they annoy me,
The ball in my hand with a firm grip,
A nuclear warhead running with extra gas,
My ability to score points from midfield,
Is something that will be concealed.

In Europe, we are top
Nothing better than being the KOP

When Salah gets the ball, he sticks in the net
If you back Liverpool tis’ a safe bet!