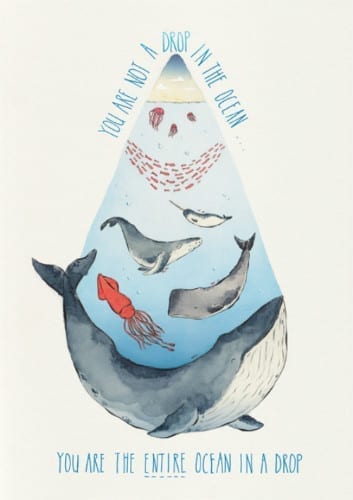 I’m walking through the school hall stares,
Just wishing that no one cares,
To be a teenage boy.
Oh what a joy.

If I was never to be called such names
And young boys would stop with their games
Then my enraged mind may be rid of its anxiety
I may be accepted into a fair society.

IF we were to be less cruel
And all live under a common rule
They maybe I would like to go to school.

All my thoughts die out slowly to come back into my head
Two months in a song of bleeding drakes,
Surrounded by nothing but a bunch of fakes.
They told me to “get over it” after breaking my soul,
With their hearts as black as coal.
Only wanted to make me fall
But ended up making me grow tall.
They tried to end what I started
But in the end it was them who departed,
Or at least they have just in my head
And so I no longer focus on what to dread.

From gay to slut you hear them all.
You scream and sprawl,
Running and ignoring these filthy calls.
Nothing worse than getting a title
From kids who think they`re entitled.
We are the youth,
What we hear we think is the truth.
Founded by a society
That gives you anxiety.
The words hurt more than broken bones.
As we receive these messages from phone to phone.

Cocky, rude everything you are
You’ll never grow up to be a star
You shout and boast
All the things I hate most
You think you’re superior
When really that’s just your exterior
We are the people you use
Not worrying about the abuse
You laugh in our face
Well I’ll put you in your place

You can lie to your brain
But not to your heart
The scars and your problems
Are never apart
Salvation can and will
Always be found
So set yourself free
Let your mind be unbound.

The queen bee finding herself in a new game
Realising that everything is most certainly not the same
New problems thrown in her face
There is no longer a safe place
Judged for her looks even on the field
Exposed and open no way to shield
Commented at for all the wrong reasons
“Shorts to short, too big to run”
But the change has happened her and now it’s here
Leaving her with different problems to fear
Judged from all angles girls and boys
Treating her like an object or a toy
Pants – too tight
Skirts – too short
Doesn’t know how to sort
Wants to find a way out but nowhere to go
As she can’t take being called a hoe
Suddenly a knife is looking like an option
As she holds pills in her hands and eases the tension

The boy that was tortured that saw the un-dead,
Demented, unstable, who’s feelings bled
The boy that played by the drugstore,
Couldn’t swim but plunged by the seashore

The girl who wept, a burden, a slag,
Recognised only by her burnt on dog tag.
The girl who detested but wouldn’t resist,
Hated blood but bled from her wrist.

The boy and the girl who grew up together,
A junk and a number gone forever.

Issues of the mind are classified as taboo
Swept away for the dust to collect,
No one cares about the possibility of neglect
People call each other vulgar names
For just expressing their own style
Assumed to be meeting the same gender at the end of the aisle
Whether you’ve slits on the wrist or leg
Or you’re addicted to the beer kegs
You’re classified as unwell if you’re different.

You’re a slut and you don’t got a but,
That don’t mean you can’t walk with a strut.
Your skirts too short, your hairs too long,
Don’t listen to them just be strong.

You can’t play rugby or do boxing
Stay in the house,
Be as quiet as a mouse.
You’re a girl for god’s sake make us some food,
Stop being rude.

Tomorrow you will do the same,
Stop putting us to shame.

And as I burned down my poems
I pretended that they were not in vain
As we’re the Greek economy of cashing resolutory cheques
Who conceal the feeling of unrest
With a promise of protocol and Prozac
To hide the inhumanity of what they think that we feel
But if we can’t get it off our chest
We won’t be able to breathe
So, I guess this is just an outlet
That I hope will put the flames out.

School is rough
Ya need to be tough,
Everyone lacks of sleep
Homework’s given by the heap,
How can we be well in the head
When were just dying to get to bed
Judging stares
Thrown at frightened hares
Uniform is worn
Individuality torn
Gotta have a friend
Don’t stand out, blend

Blame myself for the tragedies,
The different melodies,
That my heart strings play,
As I fire away,
Murder is endless,
Doubt you could get this,
I don’t believe in the lust,
But the pain I must trust.

Everyone’s inner thoughts are expressed verbally and no one can lie.
Questions are answered, greetings are followed by goodbyes.
Young people are treated like adults and are given more freedom.
Jobs are plentiful, we all get an income.
School is more enjoyable and we can curse at teachers.
We aren’t forced to learn, treated like prisoners.
Stupid laws are abolished and the government becomes more modern.
Politicians listen, hearts become softer and less like iron.
The Leaving Cert isn’t treated like everything in life.
Failing won’t feel like being struck by a knife.

I Can’t Help It

Don’t use long words,
He’s too sensitive,
He’s constantly looking out at the birds,
He can’t take anything negative,
I can’t help it.

Why is it me in the wrong?
When I end up hurt all along.

8 a.m. Wake up go to the bathroom,
Looking at the mirror wanting to cheer,
Seeing a person as if dropped from a pier,
Being critical feeling insecure,
In my mind a prisoner,
Hearing “no one wants you”,
Becoming a ghost saying boo,
Wanting to vent but the words are turned and bent,
I suppose time well spent.

All the times we had together,
It felt like it could have been forever.
Now she lays, under the tall oak tree,
Where she will be forgotten as time goes by,
But she will look down on us watching up in the sky.
When I was down, you wouldn’t let me frown.
When I was sad, I’d soon be glad.
However now you’re gone I sit and cry,
As I say my last sad goodbye.

Eye on eye, with the opposition,
Both of us have only one mission,
To get that ball over the bar,
Nothing will stop me: this is war.
Yet, I still fail.
I go pale.
With frustration my coaches scream,
“You can’t do anything, don’t even dream!”
It was only a mistake,
That anyone could make.
And I’ll bounce back,
For faith, I don’t lack.
So next time I get the ball,
I will score and stand ten-feet tall.

I come from potholes, sheep, green grass and views
Where no one’s ever looking for news
Not of course to forget my grandad
When he sees me he is sure glad
To have the chats and a ‘cuppa’
At six o’clock before the ‘suppa’
Almost one hundred as old as the hills
Daily prayers and lots of pills

He lives alone, away from his wife and child, out of sight,
She left him in the dead of night.
He hit the wall, howling with heartbreak.
He finally died, of heartache.

This is when she pleaded and screamed “I’m sorry”,
And no one was there to tell her don’t worry.

She dies alone, in agony lying on the floor,
Directly beside the front chapel door.

We left her there and went for dinner,
Only to come back and seen her holding with her finger.

The woman fell on her back,
And dies from a heart attack.

I come from the rough streets of Manchester
People with knives, people with guns
Can’t leave the house without my dad or mum
Scared to walk to the shop to get some food or a drink
You would never know what could happen in the matter of a blink
If you knew what happened here, by god you would never come
They’re coming for my family, now we better run

I take my final breath
And welcome death

You put your body on the line
Which is an obvious sign
The game is your life
Which causes you to strife
Is it worth it?
Is it too much devotion?
Because it causes commotion
What’s more essential?
Work or potential
To be the best player in the club
Or even the county

My mind is confuzzled
Cannot think straight
I’m trapped all alone
On my phone, At home

What are we fighting for?
A few inch of land.
Men die for nothing.
Men crawl out of protection
To march to the machine
Guns ready to fire.
This is war

This is a Time

I was on the ferry looking at isolated island that stood in front of me,
But maybe this was the place to be,
I was scared of how it would pan out,
And what the people were about,
As I try and earn some clout.

Some people think of me to daft just because I have a dream
A dream to be a F1 driver and to show that I have an interest
Coming home and playing a driving game
And my brother thinks ‘what that point?’
Driving on the road and that is it nothing
I tell him this is more than driving
It’s when you’re with others trying to get there as fast as you can
Before others get to the finish line.
Being the fastest alive today
That’s why I enjoy it
That is my dream

I won’t pretend to be tough
I’m awfully soft, maybe
You might not like my stuff
But I guess that’s showbiz baby

The milk gets taken out of the fridge
The carton that the boys stole from under the bridge.
The tea has been made,
Put in some sugars, don’t be afraid.
I go to put the milk into the tea,
It came out looking like the black sea.
The boys had the laugh,
But before the cow went to calf,
I got the Mikado’s biscuits,
I ate them.

I play Red Dead Redemption skinning every animal in the vicinity,
When I should be studying as mam wants me to go to trinity.
I traumatise my little brother with my moves inspired by McGregor,
In return he hit me with an egg, I now call him the egger.
My dirty clothes are removed of their dirty, unwanted fluids,
But after a lot of study, I am nearly fluent.
My “friend” called my spagett bad so I kicked him out
And now all my friends say I have the most clout.