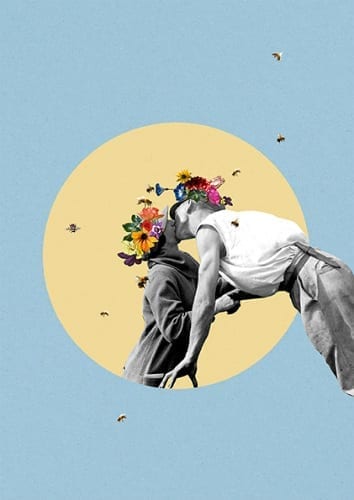 The neighbours hear your screams at 1am
You bruise each other’s hearts with the cruel words from your mouths
The tears you shed is the blood from the wounds in your heart
Each argument is like a blade slicing into a soft piece of flesh….
But that doesn’t matter because we can kiss and make up,
But how much longer can we use a make-up kiss to be okay?

The Rose (Part One)

She’ll leave you. I know she will.
Or else you might leave her,
But the day will come when you’re sitting alone in your room, thinking of me.
You’ll remember all our memories, but then you’ll remember the box.
The box filled with all the presents and letters I sent you.
You’ll pull out the box and open it up.
You will start to take out each letter and read it slowly and in detail.
That’s when you’ll feel the shatter in your heart.
After reading my letters, looking at all my belongings, you think there’s nothing left.
As you go to put everything back in the box you notice one thing,
The rose.
You pick it up. Some of the petals have fallen off because of the way you just threw it in the box.
It’s completely squished and looks broken.
I always said my love for you is like that rose.
That, my dear, is how you left me. I lost some of me and I was broken…
When you’re 17

I’ve been shown love!
Getting the seen.
Being ignored because I said something that accidentally offended you.
Made to feel ugly compared to other girls.
You never smiled when I told you I love you and how much you mean to me.
I’ve been shown love! Right?

You’re a gamer you said. You loved to play different games.
You always talked about games, but then after a while I realized.
The games that you were actually thinking of were the ones to mess with my brain.

This bear can be tall, or it could be small.
The bear could have brown eyes or blue eyes or even hazel eyes, who knows?
This bear could be either male or female, we’re not quite sure.
But one thing we do know is…
That every bear that has walked with me on my journey has turned and attacked…
All bears are made to hurt, so are people….

You drive around a roundabout 23 times.
And after seeing the same tree of the corner of the road 23 times,
You wonder why you keep going round in circles
When you’ve seen the same thing repeatedly…
So why do you keep running back to your ex,
Who hurt you so badly repeatedly.

Women must get rid of their hair.
They fight for their lives even though it’s not fair.
They hold a name close to their hearts,
Which breaks people apart.
They have poison flowing through them,
While they’re coughing it up like phlegm.
This woman got a shot in the shoulder,
You’re probably thinking of a female solider, but you’re wrong,
This woman smiled like a dancer but lost her war with cancer.

Snakes and Ladders –
when you say nice things, I go up a ladder.
When you lie or shout at me, I go back down a snake.
Cards –
I am the one ‘Ace Heart’ that is in with those 51 other cards that represent other girls.
Monopoly –
we started off having everything but as the journey progressed, we lost everything.
You play so many games. The list goes on and on.
Yet I’m the one who still goes on with these games even when I know I’m going to lose.

Away for her Birthday

She was 41 today, she was away.
Probably in Spain drinking Coors Light,
in New York going on a shopping spree.
Sitting in a green field having a picnic with the ducks,
sunbathing on Cohore breach in Courttown,
sometimes dipping her feet in the water walking along the sand, listening to the sea.
She’s eating a cream cake, loving the taste of the fresh whip cream.
Reading another crime book, loving life. A big smile on her face, loving her life.
Her daughter misses her loads. Her mother was probably in any place in the world happy.
While her daughter was home, crying in her bed because the one woman she needs is in heaven.
Happy Birthday Mam,
Love, Your Baby.

(written for a girl I know)

I’m straight
I like boys
I’m normal
That’s what you repeat to yourself.
Ignore the thoughts.