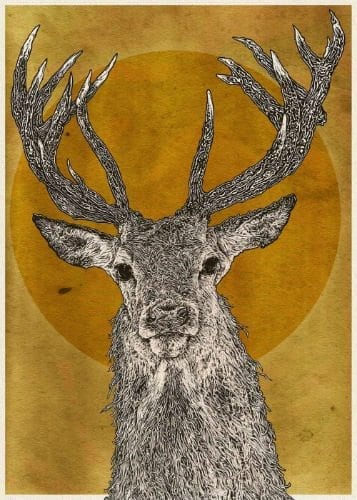 I read my books in silent peace
Where the old ghosts come to weep,
And creep among the tormented living
And take the gift that keeps on giving
The Grave Digger comes, the corpse in hand
A hole is dug in fading sand
A silent witness disappears
His Demon’s follows made of fears
The Joy they have from pain and sorrow
[To torture his final tomorrow.]
The trees have eyes, the rocks have ears
The secrets kept are drowned in tears
They would tell us if only they could speak
Stories of a world so bleak
A Grave is hidden in the trees,
There’s screaming in the whispered breeze

We learn aspects of different subjects which expand our shrinking mind
And open our closed perspective –
But some don’t understand that listening is the key element
That makes it so much more affective.
Our cobwebbed childhood memories stay,
We think back on them with either happiness or regret,
But we move on as we grow older and wiser,
Free from our mental debt.
I watch the days and nights flicker,
Each of the flowers grow tall and bright and unique –
But more often than not the overwhelmed sky cries,
And leaves the natural beauty bleak.
I go to freshen and relax my cluttered mind,
Whether by technology, academics,
Or just by slumber – or either listen quietly or sadly to the natures
Or my own minds thunder.
Our loved ones lay in nature,
When their limited time to think is done
And their strong souls left quietly so they would never wake –
They left so quietly they didn’t allow goodbyes
And left most of the still living souls in loss and heart break.

Siege of Both Worlds

The wind blows one way while I wake the other.
My mind’s disarray starts to suffocate and smother.
I paced up and down waiting for something that never came.
Just because I didn’t come here to play the waiting game.
Lies travel as fast as feathers blowing in the wind.
And when they are spoken they spread like evil wings.
Butter is churned just as people start to die from hunger
Just as a thin a starving boy looking for his mother.
So you turn up the fire and then complain about the heat.
Then the oncoming onslaught forces you into retreat.

The hole deepens and day gets dark
There’s terror lurking in the park
He watches the dark nights come to an end
Hoping no one will come round the bend
He bled to death on a darkened path
Lying face down in the grass
Seconds turn to minutes
And minute’s turn to hours.
His last thought of life
Is a bed of dying flowers
The blinds shut closed
Never to be open again
His pain will always echo
His sadness will remain

I Pull this Plough

I come to learn about different things
To find myself and spread my wings,
Wearing the same boring uniform every day.
The world is wet, the sky is grey
I pull this plough from nine to four
Across the wooden classroom floor.
Where teachers come to kindly teach,
Subjects that we cannot reach.

The music whistles on the wind through the streets,
The violin fiddles and the bodhran beats.
The ocean crashes against the high walled pier,
The wizened old men are drinking stout-black beer.
The storm comes howling between the gates of the fields,
Where once brave soldiers clashed sharp-edged steel.
The birds fly frantic in the panicking sky,
There’s drinkers in the chipper where the fresh fish fry.
The smell of fast food whisks around the lonely town,
But the spirits of the locals with never be knocked down.
With perfect pints poured as old shoes stumble through the door,
The good spirit of the people are at this old town’s core.

All of my stress, frustration start to build,
The pressure is on us or the dream will be killed.

Walking into that ring all I remember,
It’s just me and Pandora until the start of September.

I hate the feeling of judgement when everyone is sent out,
The judge picks her winner and that’s all it’s about.

I Came Here to Learn

The Misery Washed Up

Getting judged about what we do,
But I don’t want to be like you.
Nobody else matters and it’s just about you,
That’s how we are but we don’t know what to do.
Feeling the pain that built up inside me,
Going insane and hardly surviving.
Trying to break free of the chains
In a world that is so afraid of change.

The wind howls and the trees shake,
The waves flow and the earth quakes.
The bats shriek as night falls,
The sun goes away as the full moon calls.
The people laugh as their fears wash away,
And go back to bed to await another day.
The rooster shrieks as the sun rises again,
The men hear the call and arise by ten.

The battle for a ball in the bellowing blare
It’s the end of the game and you’re gasping of air
Young dreams are made and old hearts are broken
The ref will not hear a word that you have spoken
Crowds roar, tears fall and fights break out
The counties all are empty, excitement all about
After 60 minutes the championship has changed
And everything you thought you knew has been rearranged

The Greatest of Days

The ball flies through the air
Where the fans gather is where I will be
With my father.
Bullets shoot through the sky
And people’s lives are threatened
Then once your wounds heal
To county you are beckoned
All the hard work comes into play
And your dreams come to life
On the greatest of days

The girl was walking to school
But then remember she forgot her spoon
She went back to her house to get a spoon
But on her way again she forgot
She was late she ran as fast as she could
To go and try and catch the bus
She ran and ran as fast as she could
But at the end it was no good,
She saw a woman and asked for a lift
But the woman said no not today
She looked to see if she saw anyone
But all she saw was a piece of wood
She tried to call her mum
And after a while no one picked up
So she decided she would sit on the piece of wood,
Then she got up and looked the time
And see that it was 5 past nine
She said o dear I’m late,
So she decided to walk to school
Even though she was late

Frustration feeling helpless
So you feel frustrated.
Fury builds up like a fire
I feel consumed by my hatred
The disappoint that filled me
When I slipped on my hole
How could I have possibly
Missed the open goal

I come here to forget my troubles
Soon enough I start seeing double
I target the cocky boys that I like
After a few days of a hunger strike
I’m here to make myself feel happier
Later on I start to feel crappier
I don’t mean to break my parents trust
No boys want love they just want lust
I go to smoke with my best friend
And finally the night comes to an end.

I wait like a convict
In the prison of school.
I sit like an alcoholic
On a bar stool.
I`m late every day
For the start of the classes.
Sometimes too slow
Too fast time passes.
At the canteen
Eating school lunch.
A chicken salad sandwich
Is what I will munch.
I`m not great at learning algebra
But I am great at learning rhymes.
I am great at forgetting
All the forgettable times.
I fixate upon the school bell
I fixate on the clock.
For time passes slowly
As each tick turns into tock.

I would rather read Harry Potter
And talk about vines with a friend
When I don’t want tea or coffee, I drink water
I think about the future of the MCU
After Avengers Infinity Wars end
In Jurassic Park the guests are just
The raptor’s lunchtime snack
When my younger brother annoys me
I bare my claws and attack

I slap a randomer and she dies
I run away to fast food joint
To escape the world that’s made of lies
I didn’t have coffee, so what’s the point
I die because I got no sleep
It doesn’t even matter why
Got no secrets left to keep
I just watch Netflix until I die.

Bad thoughts bounce around my brain,
I shouldn’t have drank that cheap champagne.
I see the bad boys that I like,
Too bad, I’m drunk, my heads on strike.
Bad decision, friendships end,
A spice bag later, I’m on the mend.
Outside the chipper, girl-on-girl,
A scrap breaks out, I want to hurl.
Walking home, I start to cry,
My friends don’t care, it’s all a lie.

I hate listening to your man
Sure, he never shuts up
He is such an immature
Love-sick young pup
Going back to gucks
With a bottle of wine
After night out at cartown
A rare old time
Tonight is results night
And we will all fail
And end up in heap
Down the local jail

Mass is held on a Sunday, father Loftus preached
And father said go to school to learn what teachers teach
The sun sets in the morning, the washing’s getting clean
The crow flies in the winter, you can hear the summer scream
The popcorn fell out of the car, a small child softly wept
There are some things in the world that a child will not accept

They started to fight
Young Jamseen flying his kite
And ya they started to rustle,
Wonder which 1 is right
At the end of the day
At the of it all
Jamseen is the 1 that can brawl
He fires a young buck up against the wall
Throws him a shot, he starts to bawl
Another buck joined in, flittered to pieces
Eventually everyone releases
The blood was boilin, the blood was spillin
Surely to Christ it was more than thrillin

King of the Weirdos

And at the end of the night I bumped in to a hippo
And after that all I needed was me old soft pillow
I looked at my tired old ragged dog
And I know she is sleeping like a log
I was the king last night at a disco
King the dancefloor, King of the weirdos
I heard the whole world talking shite
Thinking that I might never see daylight

My football match
I broke my leg, my car broke down
I bought my bike in cycle town
I broke my fragile collarbone
While I was skating slowly home
In the garden was a gnome
And it’s for him
I wrote this poem