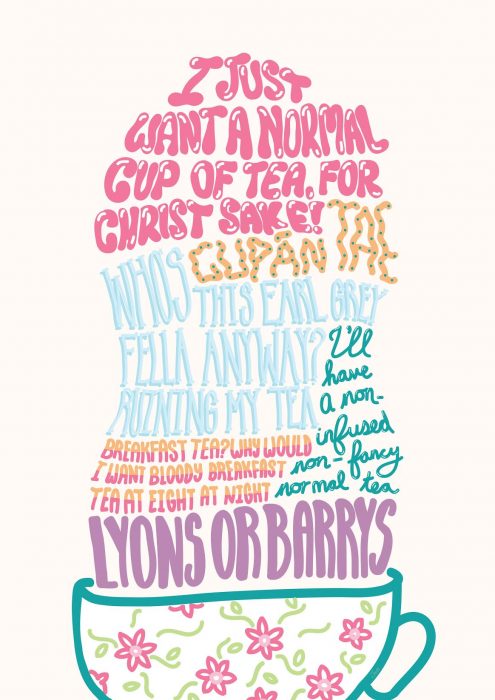 A blackened shell pierces the ground,
People fleeing, away from the sound;
Soil and residents both are thrust from the earth;
Taken as easily through death as they were birth.
Feet bloody, tears in their eyes,
They hold their heads high, and curse the skies.

Belongings packed, they bade the graves farewell,
Heading off, to wherever the entity ‘Peace’ may dwell.
Across landscapes as scarred as their own,
They leave their pasts behind…as solemn as stone.
Soon, they meet a wall, doing wrong;
To deny access to all, its conviction strong.

With no documents to prepare,
They had to seek, another way to fare.
Smuggled under supplies, they progressed,
Unaware that they had transgressed.
They continued on…a people, possessed,
Their journey near its end, they sought out the capital;

Desperate, praying the travel had not been null,
They persevered and a crowd gathered,
To gaze at the strange group who had appeared.
Seeking an audience with the ambassadors, they went on.
The diplomats, agreeing, had them don
Visitor’s tags, and accompanying accommodations, followed soon.

Finally, sanctity achieved, they lay down their things…
They know eventually that this pain, will relent with its stings.
Soon, they sorted out jobs, food, and water,
Their happy ending achieved, this was the starter,
To the beginning of what they deserved
Life, as sweet as can be, unblemished and preserved.

Infecting the innocent, and sending them speedily into the night.
As the toxic bloom spreads its waxy petals,
Stolen energy fueling its vitalities,
The scent of metals, an acrid stench, signifies death- a stark reality.
The infection drains the host of their fight:
Harrowed faces, taut and pale, stare blankly, souls bared, ready for flight.

Pallid bodies, drained of health, on the ground:
Their last breaths, the only sounds.
Relentless in its path, a malicious tidal wave-
Freedom from this relentless suffering, I crave.
This disease is insatiable; it feeds on the body and the mind,

A ravenous, crazed insect, feasting on citrus rind.
As the streets and avenues long for architects that lack,
The inevitable, reverts social norms, to times way back.
Under the burden of loneliness, humanity does not crack.
Although the dream, previous time’s staple has been delipidated,

The festering wound that is the virus, must be amputated.
The putrid blossom, a frail, grotesque bloom,
Shall be erased from history, humanity, its doom.
The front- line workers never show fear; in the face of the enemy
They pledge themselves selflessly, to ensure mankind’s remedy.
Man’s creation, a bouquet of hope, proclaims its mission,
Our savior, this last resort… could ensure retribution

Is There A Way

Win lose win lose will it ever end,
Can I escape this ring,
Can you help me friend,
Is there anything.
From the underworld of pain,
From torture and precision till perfection,
Is all this work going down the drain,

Can I clear this inspection.
In the bottom of hell,
Is there a way to stand,
You never know this could go well,
I’m want to feel proud but it’s just so bland.
All I can do is try,
What’s the worst that will happen,
There’s a chance I could fly,
I don’t want it to go wrong in any fashion.

Why does this system want me,
To spend my time listing from memory.
All that I do, is spew words on a page,
While fuming with rage,
While locked in this cage,

Of Numbers and English and Chemistry.
My Education means,
Not learning or skills and it seems.
My Teachers that just want me,
To become yet another office worker bee

Drool comes out da mouth
When I be thinking about School
On somedays I’ll be acting the fool
On somedays I’m caught lacking
On work, Assumptions are made
Rumors can spread
Enough to deal with
Kind of just fed Up somedays,
flows like water of a ducks back

Jealousy is life’s grip on you
When you down at your worst
Forcing you to pretend your fine
Staring into space
Feeling your face to soften a blow
Of sadness and regret
Won’t lie
Not much of a poem, but feel free to right
Atone to learn to fly and reach stars
Cause when dreams come true it’s a beautiful thing

We met almost a year ago
At first I thought you were quite odd
You offered me a brownie, I declined

The Sounds Of Spring

But nobody. Likes a weirdo
If only we could be ourselves
Then everybody would be different
And nobody would be weird

Coming to learn of this new game of thrones show
I had set my standards low and had poor anticipations from the start
Due to the game of thrones finales catastrophe.
But on upon viewing the first episode
It reignited my love for this type of fantasy.
While the show is set in medieval times
It deals with modern problems involving the unfairness
In society and looking down on people
Or think lesser of them due to there gender or status.

When you walk in the school gates it nearly feels like your hated,
All that matters is who you’ve been with, who you’ve dated.

None of the lads care about your talents or achievements,
Very little will have empathy or be lenient.

You have to be so careful with what words you use,
Or you might get cancelled by some tik toker for views.

At the end of the day schools supposed to be great.
So talk to some people and maybe make a new mate

I come from a small country
A country where everyone’s mother knows everyone’s cousin
A country built on proud patriots who fought and died
To give their children the right to speak their native language
I come from a country that through thick, thin, famine and war
People from all nationalities choose to reside
Welcome to the emerald isle

I am the clock that never ticks,
I am never the spud that never gets picked,
I am the shoes that never get worn,
What I’m saying is that life is tough
It doesn’t matter if you fit in be yourself

I’m tasked to write a poem from stream of consciousness
But I put some thought into it, so it seems the opposite
It makes me sure my mind exists, but my dreams not solipsistic
I don’t know what I’ll do in life but people deem it “college bit”

I am part of a hurling team that people don’t know.
Everyone that goes to a match just talks about the players .
From the goalkeeper to the corner forward.
But it is just not the field players, the subs play a part too.
This secret club has been out of the public eyes for many years .

This club provides the support to the team
It’s like the army reserve in the military.
They have won match’s for teams,
Scored points and goals and lifted trophies.
That’s why I call myself a substitute and
I will support to the last hurling match of my life.

I like sports they’re fun.
Running is favourite sport.
People think I’m mad because of it
I don’t blame them. Sometimes I do wonder
Why I picked running it is very painful
But somehow I still find the fun in it.

I am the the ? left unopened,?
I am the roof left to shelter others?
I am the ? in the veins ?
I am the hair that is never
I am the cup of  not drank
I am the urinal with the chewing gum
I am the ? never watched ?

I’m trying to write a poem
Which i don’t know how to rhyme.
Now I’m sitting here thinking
I’m wasting my time.