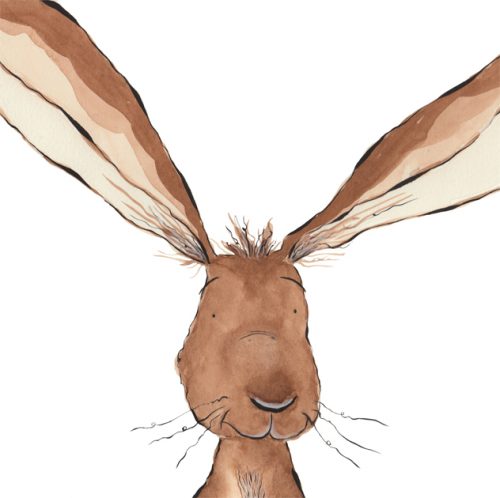 No blasphemers, no single mothers, no atheists,
The struggle against the church.
No Syrians, No Ukrainians, No Romanians,
The struggle in the Emerald Isle.
Not all struggles come to an end,
Some never will.

Forever the standards of kindness
And acceptance will change.
If you want to know where
They’re going next, ask the youth.
Hatred, Prejudice and Fear,
The struggle of humanity

Renaissance of the Weak

Out of the pits of ash rise
Out of the pile of the poor, the beaten and the damned
For this ash of the fire is a door to the other side
The better side
Ask not why it happened, but how
Ask not for closure, but for innovation

Keep the past in mind and mind in now
And remember friend, you survived damnation
When the credit roll and the curtains fall
Pray the God, Allah, Christ them all
That you took the attacks, betrayals and threats
And dealt with them all, lacking regret

Early rise as they lie on,
I am that one percent,

Pain they fear, on pain I feed
I am that one percent,

I work till dusk I’m up at dawn,
I am that one percent,

They don’t know what it means to me,
I am that one percent,

I will do whatever it might take,
I am that one percent,

Nothing worthwhile will come for free,
I am that one percent,

They might bring me down but I won’t break,
I am that one percent,

I like a setback, I’ll comeback stronger,
I am that one percent,

I have the fight I’m a warmonger,
I am that one percent

Six wars in the span of a single hour.
Like a recreation of hell in your imagination.
Bombs dropping, bullets flying,
Really makes you just wonder how much longer
Till you’re starting right at your own grave.
Make your bets, maybe we’ll raise the stakes.
Now let me ask you, you think you know me?
Now are you sure that that’s a bet you wanna take?
Sadly for you I think I’m here to stay.
My own mind is my enemy and also my greatest weapon.
So try again or maybe learn a lesson

Endless descriptors.
Labels, boxes.
Words and words,
From top to bottom,
For you to judge me with.
Gay, straight.
Black, white.
So many different options.
But no matter where i go.
How ever many boxes you put on that page.
I’ll always just be,
‘Other’

I hate when people video everything
I hate when you stub your toe
I hate how there is so many spiders on bins
And the most annoying thing on the whole wide world
Is sitting beside someone who is left handed,
Because I’m right handed, they be leaning all over my work
And it drives me up the walls. Thank you.

The place I come from is Inniskeen,
Where each blade of grass is always green,
Where the natives are gathering around the GAA pitch,
Like flies to a light or a finger to an itch.

The village can be quiet like a windless night,
Bar the occasional lads who love to pick a fight,
So as recap to this place I call home,
It is just like every other town like a pavement full of stones.

I have to wait for the class to finish,
Then I can leave my teachers, my peers

I have to wait to get back home
And do the same thing for three more years,

People like don’t thrive in their teens,
Or so i keep telling myself, over again

I got to stay positive until college
Ill be ok, i just have to wait until then.

The people who try to bring you down
Who bully you in school make you a target
Because you vulnerable and weak to them.
They make you feel small which makes them feel big
So they will bully you even more.

If you stand up to yourself and you look them in the eye
And say am not afraid of you and you show that your not
They will feel less power over you
You won’t feel as small to them as you once were.

Where it seems like our competitors have an unbeatable lead
Where all progress is futile, and there is no point
Maybe it would be better if we all agreed
That we’d all rather be “me

I live in the country side
Where everything is so peaceful.
The grass is green and skies are blue
As the farmers watch over there herds
Grazing the lush pastures
The early mornings watching the sun rise
Hearing the birds chirping in the trees
As the cold air fills your lungs
There is no better feeling in the world

I come from a place there’s not much and many people i never knew,
I’ve e never seen my football team play but i don’t care
My father seems to no everybody but I’ve seen them but
They knew me saying they held me as a baby when i was  two
But i go along with it like like i knew them too
I’ve never seen them in my life and never will soon,
When i go to school which is a place i never knew
But its alright when because you see the people
You know well that’s its and my area as far as it goes

Life’s so great
You don’t want to be late

Fate is so disgusting
You just want to start running

These things shape our minds
And try to control us

But we as human beings
Have to try and stay focused

I come from the countryside,
Were everything looks nice,
But when you get to know it,
It certainly isn’t so nice.
The roads are junk and some y

You might think that they’re not roads at all.
Apart from them it is actually a quiet nice place to live.
In the morning the birds all sing while the sun rises
As the fresh air fills your lungs.
This really makes me think about how lucky
I really am.

I don’t mind most of my classmates and friends outside of school
But there is always those people who try to bring me down
Even if I’m at my lowest I never let them get to my head
Every time someone says or does something to me I always say to my self
It could have been worse or someone is having a worse time than me
So it won’t ever get to my head and keep me up at night,
I always try helping my parents at home
Watching my little brother and support them as much as I can

I can’t write poems, I’d rather be on my phone,
Or playing football and catching the ball over someone’s head .
At half time when we’re losing listening to the coaches go red ,
And then hearing my teammate saying I played well ,
I end up playing through injuries and even when I fell .
I will be the first back on the goal line .
Win or lose everything will be fine

We go trudging onto the pitch
Twenty Two guys hunting the one thing
The pride you get doesn’t leave u it’s like a itch
And all we want is the same bloody thing
Just pass me the ball, pass
It’s coming, set myself and quickly
So I won’t end up with a face full of grass
I score to give us the victory

Basketball, I enter the court unsure
Whether I’m feeling excited or afraid,
In here we let it all out,
It feels like war in here.

The giants that await me
Are after my throat, they intend to beat me down
With everything I can offer, all i can do,
Is kill or be killed

I stay up late. I regret it everyday.
I am always tired. I hate that.
I always feel like going to sleep
But when I’m in bed I decide not too
I don’t know why fatigue is horrible.
Makes you feel unable to accomplish things.
Makes you look bad physically.

Tractors are red tractors are blue
I drive a Massey Ferguson better than you
Now some are green,orange and white
But if it’s not a Massey or John Deere
It’s really absolutely shite