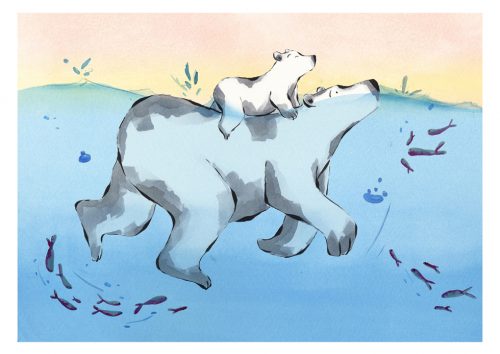 Trepidation behind the façade
Of smile lines and sound minds,
Beneath the shiny surface,
And fast pace is a feeling
Of trepidation’s great wave,

Something i could never quite shake,
A certain uncertainty ripped from my hands,
And a constant wondering of ‘if i can’,
Nothing gets done without hesitation,
Thinking of my mistakes as if it’s infatuation,

It’s better to burn out than to fade away,
Is that true, i can’t really say?
All these years of living inside my head,
Every truth shelved up that I never said,
Memories wasted for worrying when they would end,

A broken recollection only a photo book could mend,
Those careless moments where you let it all go,
Only occur every year or so,
A feeling you wish you could save,
And sprinkle other times where it’s not the same.

One balmy night in July
I sat and gazed at stars.
The light from the moon,
A silvery white radiating through the clouds
The world was hushed stillness took over,
The world was under a tranquil dark cover.
A car engine revved in the distance,

But it soon stopped, leaving silence.
The stars were mesmerising
Gradually getting brighter as time went on.
I caught a glimpse of a star rapidly moving by,
Then it disappeared into the dark blue sky.
As it got later, the clouds seemed coexist
Leaving enough space for the stars to shine.

Life is like a book
Can’t be judged on its appearance
A euphoric quest awaits you inside.
It will take you on a journey
That will be wild and beautiful.
Heartbreaking but meaningful.

You will learn and will eventually
Be able to decipher your personality.
It will be your true reality.
You will fall down, fail and get disheartened
But you will also become enlightened.
When you reach the climax in your story

You will be able to apply everything learnt
From your past to your current predicament.
You will feel ready for change, you came a long way
From the exposition so go write your book.

When everything was dark,
You made everything bright,
Because all we had to see
Was those spots of brown and white,
To think of all those years ago
When you turned up at our gate,
It’s hard to believe that it was

A result of anything but fate,
In a world that’s everchanging,
You were always constant,
You have four legs I have two,
We had lots of differences,
But our hearts never seemed to.

In the corner of my eyes,
Where no one can see,
On the wall where the paint dries,
Looking right at me.

My shadow keeps me company,
When all is sad and lonely,
Listens to me moan grumpily,
Keeping an eye on me closely.

But when the sun goes to bed,
Unfortunately goodbyes must be said,
Until i see you next time,
My partner in crime.

Life comes and goes,
But yours was pure gold,
Through suffering and hits
You helped them threw it,
Every silver every gold
You gave to them more
Than they could hold,

Every scrap of bread,
And a pillow for their head,
You did it all for them
With no regrets,
That was so long ago
But the stories are still told
Of your great heart
Your heart of gold

When I walk into your house
My heart feels empty now
Seeing your chair where
You used to be now bare
Makes me feel vacant with love
All the times we would sit together
And laugh until we couldn’t breath
Now that were apart my heart feels
Full knowing I have these memories forever.

To the Journey’s End

Swimming into an estuary to the river Shannon,
Is the mighty, silver Atlantic salmon.
Called by all the king of the fish,
To breed in the river they were born in is their wish.

They swim and swim with no food nor sleep,
And over six foot waterfalls they leap.
The closer they get to their goal,
The males turn almost to Spartans,
Brown in colour, they are now called Tartans.

Soon after, they spawn in their birthplace,
Which tragically, is also their death place.
I hope that this incredible story will spread,
Of how the salmon travels to the journey’s end.

There’s a million and one things
Going on at any one time
There’s even more to do
And it’s not going to end
Despite chance after chance,
Refuse to let my inner workings shine
A million people I can talk to,
A million things to talk about,

What is it like for normal people?
People who keep their brain upright.
Peoples whose brain is not a constant
Of noise and lights and buzzing and self hate

And colours and ideas and music and love,
People who aren’t forced into a twisted birthright.
It’s a balance of letting it all explode
into rainbow fireworks while keeping it straight.

What does it Hold

He stepped into the future
Unwilling unsure.
This constant repetition became a blur.
Too late to turn back
He moved into a sense of unease.
Waiting for the feeling to cease.
With swirling visualisations filling his head
Motions that went unsaid.

Unable to grasp the clock
With an internal voice
Pronouncing his past is complete
There is no winning and no defeat.
What lies ahead remains obscure
Yet it does not fail to allure.

Say more, say less
Or say everything to everyone,
Or no one at all.
In this world there’s two kinds of people,
The proud and the ashamed,
But really deep down.
Are not we all the same?