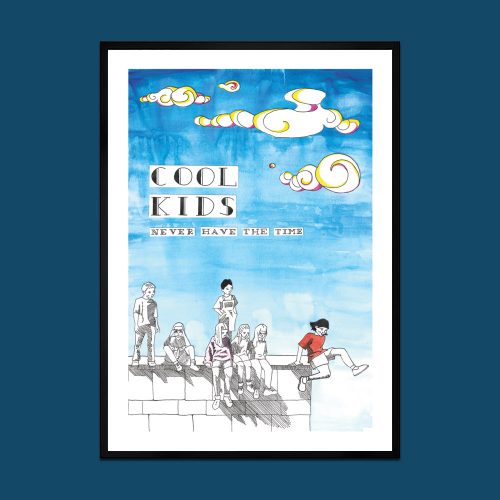 A wave of overwhelming busyness
But your lost among judgmental stares
Then settle in tranquility
And clear mindset
While crowds are your thoughts.

Flowers grow over a rot called nothing/leveret
in a paracosm/hide/I like long titles, sorry i wrote so much-

Hungry is the hare that refuses the feed,
Caught in a trap of it’s own making,
Haunted and hunted by a beast it cant see but instead feel.

it will not speak, soft hums and anguished cries
drowned out by the sound of a storm raging over head,
lost over the birds chirp, the rivers croak,
the trees rustle over prayer and pleadings.
Hymns and chants. angry mothers,
hurting brothers, broken sisters, better sisters and church bells.

There is rot,,, somewhere, everywhere
Cancerous and ugly much like the hare itself.
Bleary eyed it wills tears not to spill.
but instead of thinking of the pain and anger it hides in its clenched palms,
its cracked, chapped lips, its silences, stares, reflections, lies of ”i forgot,
i love you i’m sorry, I forgive you, its ok, i am fine”. instead,
the hare can only bring itself to think about the burrow it rests under,
how the roots hang low and how they need to be trimmed,
how the winds howl is as comforting as it is startling.
This subconscious pain has consumed them before,
left them bruised and swollen with spider veins
spinning webs underneath their eyelids.
And no matter how hard rabbits try the hare will continue to starve itself,
after all weren’t they the ones who stopped feeding it?
weren’t they the ones who ‘joked’ about every imperfection, every fault?
did they not snarl and gossip and say such cruel, harsh things?

And Angry At The World

the hare knows they shouldn’t draw attention to themselves,
the hare try’s their best not to make a scene,
the hare doesn’t yell, the hare simply accepts their fate

Muslim or Catholic,
A wooden cross
Or a moon that’s metallic,
To try and please both world
Yet never mending neither.
Always told to get good grades
But never getting a breather.
Since I was 5 I told my mother
That I would bring her to the moon,
Reality brought me back down
Now I doubt it’ll be any soon.

Swing Seduction
.
Me and my friend
Sitting on the swings
Chatting about our different weeks
Her all girls drama
My exam stress

Two lads from the estate
Ask us for a date
4 years younger than us
Persisting, all over us

I know there’s people
Who feel empty that have demons
Clawing their walls
But thieves don’t break into empty houses
There’s more to you, you just haven’t found

A friend is pleased to see you.
Friendship is based on care
A friend won’t leave you high and dry
A true friends always there

I’ve discovered a way
To stay friends forever
There’s really nothing to it
I simply tell you what to do
And then you do it!

The sun is shining very bright
People go swimming in pools
Everyone is filled with delight
They have air conditioners
To keep themselves cool
Lots of grass are growing here
Animals are being born
Sheep are being sheared
Crops are growing
Like potatoes, carrots and onions

Flowers are growing and also colorful
Like daffodils, roses and daisies
Opening like the palm of a hand
Leaves on the trees are turning green
At the end of the day, people go to the beach
To swim, to relax, to sunbathe or to play
Those who walk on the sand,
Will still have sand in between their toes

Have you ever woke up for school
To just stare at the wall,
Then you get into school
And you thought you’d be more productive
But you weren’t at all

Then you go home to watch Russian doll,
And your laughing at the predicament
Of the constant loop of Deja Vu then it hits you,
You’re in one too

Since i was a little kid i was always been so confused,
Lost, scared, anxious and didn’t know what to do.
Losing hope and motivation to pursue,
And as i grew older i always knew to pursue,
But i realize i was the issue.
As a teen I’m so scared of what is ahead,

Why am i so anxious of the future
When i should be worrying of the present instead.
Reset, forget and i shouldn’t be upset,
I took this path and this is why.
Time flies by what did i miss
But soon i hope i don’t regret any of this.

From waking up morning till dawn,
All my classes in a clutter,
Wishing just to be gone,
Feeling like I slept i in the butter,
Having to listen to the teacher in math’s,
Just wanting to hit him with a bat,
Just waiting to get home,
So I sleep on my throne.

How do you write a poem?
Does it have to rhyme?
What rhymes with rhyme other than thyme or time?
Thyme and time rhymes with rhyme
But I need more time to finish this rhyme.
I’ve got no time the bell just went.

I’m just a normal teenager I overthink a lot
I don’t like it but I can’t make it stop
I fear that I get judged, that fear won’t budge
I hate letting others down, it makes me frown
I just want to do things without being scared,
But one day I will so be prepared
It’s something i hate, I hope others can relate

Everyday I lie in my bed,
Feeling like I’m dead,
With constant dread,
And worry about the future
My mother will tutor me, about no future
Yet I can’t see another path for me
I don’t know where I’ll end up
Whether I’ll be fed or ready for anything
I won’t know until the time comes

Where I’m from it didn’t matter
If your orange white or black
All we wanted was a bit of craic
Weather it was tip the can, the ice cream man,
The endless hours of football and chats on the wall.
Climbing the trees and the scrapes on our knees
From our bikes we crashed the day before.
The colours of the chalk on the path fading away
Like the sky turning grey every time it turned September.
Seeing all these things being done again by different kids
I remember when me and my mates used to rule the estate

I enjoy playing football
On the local Gaelic pitch
Winter evenings on the wet pitch,
Putting in the work in the gym at night.
Preparing to become the best version of myself
To perform to my best ability for my next season

Farming is a hobby ,
Other people might rather
Be sitting in a office lobby.
For me I like the driving
As for other people they might jiving.
My family is really nice
They give me lots of advice.