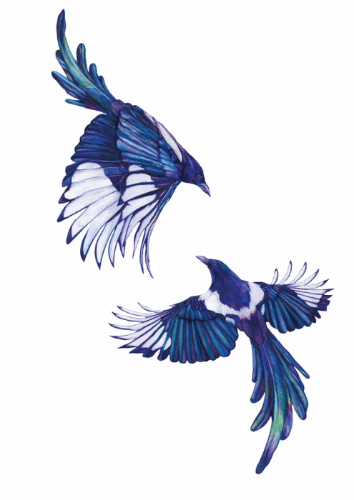 I feel happiness, sadness
I feel anger and loneliness.
Too many thoughts,
Too many feelings,
Travelling through my heart and brain.

I don’t understand myself,
I don’t know my personality,
Sometimes I feel extrovert and strong,
Or even introvert and delicate.

I just know that I want to be happy
I am happy, more than happy with my own life,
I just want to make sure
That I will always be it.

The day I got my first horse. The best day of my life.
The day we got my horse, we noticed her ribs were showing and she had cuts all over her.
We knew that we couldn’t leave her and so we took her back to the stables.
Slowly but surely she gained her weight back and her health got better.
Three months of bringing her old self back we thought to finally bring her back to work.
I tacked up my horse and as I slowly walked out to the arena
I turned to her and just asked her to try her best.
I slowly placed my leg over her back and lightly applied pressure.
She was like a dream.
I rubbed her neck gently and whispered to her to comfort and relax her.
Everyday after school I went straight to the stables to work with her and get her back to normal.
Next thing we knew it, after five months we were show jumping and winning competitions.

The day I lost my horse. The worst day of my life.
I woke up to a call saying my horse got into and accident.
She had gotten into a fight.
Not much was thought of it until I found out she broke her leg.
The vet said there was nothing they could do.
I knew from there,
It was time to say goodbye to my best friend.

I like to let time pass.
It’s fun to stare at pixels behind glass.
Just being still.
Not working on some stupid skill.
Some say I’m wasting my time.
I say I’m in my prime.
When it all passes me by.
I’d rather just be slothful.

Silence is relaxing and serene.
When silent, even the quietest sounds can be heard,
Sounds that are enjoyable such as crickets singing or birds chirping,
Even the winds silent gust can be heard.
Silence is the best solution to a headache; the peaceful sounds will ease the ache in head.
I find loud environments quite toxic,
The louder the worse,
Not only will it start a headache but it brings out my worst side
And while invisible it lingers behind the mask I wear.
Whenever I’m not having a good day music will normally fix it, even if its rock.
I hate sounds but I love sounds, they can be either unbearable or relaxing.

I come from Cork, Ireland
That’s all you need to know.

From underage drinking and smoking
That’s all we have to show.

GAA dads and Soccer moms
Starting all the fights,

Although these mothers are snapping
It’s very funny there child didn’t even start that night.

I’m a teenager and that’s what people know,
The shifting, the drinking you know how it goes.
But instead our heads its not all about that,
The worries, the stress, the girls thinking their fat.

I love my girls although they can wreck my head,
Sometimes I’d rather be home in my bed.
I love spending time with the lads as well,
Always a laugh but also can be hell.

Write a poem they say,
Don’t worry, take your time,
But don’t take all day,
It doesn’t need to rhyme.

Not really looking for much,
Only around 8 lines,
So I think of love, friendship and such,
But nothing comes to mind.

So I wait with a blank page,
That sits there needing to be filled,
As I’m trying to engage,
Time is being killed.

My head is buzzing with thoughts,
Of school, family and the like,
Ideas? I have lots!
But all I dislike!

So I sit with these Ideas,
That needed to be spread,
Ugh, I give up!
I’ll write about writing a poem instead.

Did you ever look at a jellyfish and think wow he is as clear as the water in my sink.
He floats around like my thoughts but sometimes he would get lost.
Floating under the current as clear as day
But you would only notice him if you stared his way.
He might have a small issue but you can’t see him cry so you can’t give him a tissue.
Now imagine if it was the opposite way around would you be proud?
If you were upset and had to stand your ground.
Until someone noticed the rumour going around.
About how your bully pushed you to the ground.
But if you told your father he would tell you look around.
At all of these men who are 6 foot 10.
With nothing to worry about but earning bread.

Coming to another country without knowing anybody is hard
It’s actually a life challenge you can only make in your teenage years
Well, of course you can go to another country any time
And it will bring you further but as a young human being its even harder
You don’t have as much life skills as an adult and sometimes don’t know how to act
But I decided I want to go that way and my dad was totally supporting me
And told me he will pay for everything because he wants the best education for me
So I was quite convinced I’ll be doing this and make some super new experiences
So I went to my mother and told her about my plan and what advantages it will have for me
But her answer was a straight and strict “No!”
I told my dad and he said he’ll have to ask her about that
And keep bringing up that topic for quite a long time until she may say yes
He knows my mother and knew that she will definitely say no if he’d talk to her
At that point, I might have to say my parents are separated
So I did what I was told by my father and it seemed like it wouldn’t work
But just destroy my relationship with my mother
It was quite a hard time for my mother and me
But I knew that she only didn’t want to lose me and being alone for one whole year
But after tears of the both of us she finally agreed
And all the preparing could start so forms were being sent around
After we decided which organisation to go with
And after a lot of stress because we were very late
I’m finally here in Ireland and I’m so happy
Even though things weren’t really good between my mother and me
But everything is sorted now
And I’m so thankful to have the possibility to be here
And I hope I’ll make so many experiences for myself

We won the league in 15,
We were the best soccer team,
Undefeated throughout the season,
Then our manager got arrested for treason, (not really)

I can play a lot of sports.
I have a very good family.
I am very confident and friendly.
Make new friends is not difficult for me.
I have many trophies.
I always have funny teachers.
I am studying English here in Ireland, for one year.
I like to be the boss always.

The train runs in the rain
Thru the vast terrain
It can amazing
When it is racing
It’s quite pulsating
If you wanna go on it
Hop on it,
Chill on it.