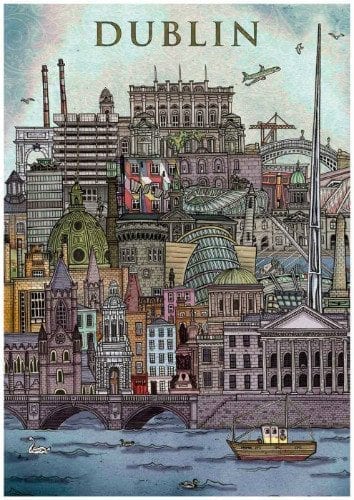 I am too young to make decisions, yet too old to act like a child,
I am told to speak my mind but nobody listens,
I am told to be myself but dragged down for being different,
Why are we pressured into making decisions when we are so inexperienced?
I want to be young, with no worries.
I want to be whoever I want to be, not what people tell me I should be.
We are afraid to make mistakes but how else are we meant to grow.
Told to “just do your best” but when it’s not good enough we are put into labels
Stupid
Dumb
Slow
So I will do my best, and I’ll be proud of it.
I am proud of myself.

‘Ideology of starving’ splattered in blood red over the grave of a man who rejected the past,
An MP is accused of ‘populist politics’ because he rejects the present,
What does this mean for the future?
Because now it seems whoever speaks against poverty is evil,
But I believe it’s evil to inherit millions while others are merely skin and bone,
Lying on a cold, wet ground.
The people who are responsible go unnoticed,
Because of the facade that masks their soul,
For the soul is where the true distortion lies.

One day I’m gonna make it big
And not have to worry about how I can sort out my next cig.
One day all the blood, sweat and tears will be worth it
Because I’ll be fit, not in the joy and every weekend getting lit.
The temptations, the violence and the overall mentality
The drugs, the dirty money and the police brutality.
These things are normality
But not for me because at 30 I’ll be set for life financially.
The impulse to cycle around in your new clothes selling rock with your flock,
But I refuse to give in because one day I’ll be paid millions to have a knock.
The boys ask me why I’m abandoning the life of the underworld
I know they don’t understand my desire to be champion of the world
From smoking weed at thirteen
To being completely clean
Finally I’ve deserted the Ballymun scene.
The good-looking girls and all the boys have been left behind
To pursue my dream of being a successful fighting mastermind.
I’ll never forget the memories made
But for sure I won’t regret that I hadn’t stayed
In Ballymun where dreams are crushed
And lives are rushed.

Students in a stress little do they know its a bless
Blessed by being able to get up in the morning to get dressed
Walking to school even though they think you’re a fool
Trying your best to prove them wrong
No one knows your story your being so strong
The stuff no one knows about in the back of your mind
Blind to the words “you can talk to me if you want”
“I’m grand” is what everyone replies
Blocking all that out with no doubt
Overthinking is the worst don’t let it control you
Talk to someone if they ask if you okay
Don’t let this weight hang on your shoulders,
Like it’s a couple of boulders
Talk to someone, it might just help,
What a few words can do can be powerful
Remember what you believe is your mind,
Only don’t let anyone tell you a load of pony.

Cancer in kids
Look at all the pain
They can range from 6 weeks to 18 years old
No matter what age cancer controls.
In hospitals is
A scary place when all you hear
Is cancer means death
Kemo makes you lose your hair
All you can hear cries of despair

It getting kind of weary when I close my eyes
There is streetlights and an AA meeting in my mind
There’s a man at the door and he’s telling me lies
He tells me he’s always gonna be here
Until the end of time
He smells like Dutch Gold
He’s high as a kite and for some reason he can’t see the brake light
He’s asking for money but everything I have he’s already sold
It has been a few days I haven’t heard from him
I miss him, I love him
Days becomes weeks and weeks become months
Its getting kind of grim

Dear teenagers, this is the best few years of your life.
Or so they say. Is this it? Am I doomed to a life of this crap,
Not feeling as if I’m pretty, thin or smart enough.
Teenage years are bloody rough,
For anyone who doesn’t have a waist trainer, a meal plan and a filter.
Always looking for approval and that’s a killer.
Don’t let them know you hurt or cry alone,
That those Instagram posts that you see on your phone,
Effect how you see yourself.
This a time where you’re judged on appearance.
No matter if you’re rich or poor look your best.
It doesn’t matter if you want to rip your heart out of your chest.
Just know this, you are doing your great by still being here,
Because, my dear that’s true strength.
It’s okay to be insecure but don’t let it make you live in fear.
Because you are beautiful….endlessly.

I would like to think,
That I could create some things,
That would create a link
Between me and everything that sings.

To pull my hair back,
Spread my wings,
And destroy some ideas,
In the hopes of being called a king.

As bullets rampaged the sky from each side of the battlefield
I once called a home the war raged on,
He said this and she said that,
The ammunition growing ever more destructive,
“Who’s side are you on?”, they’d roared,
As the war raged on, ever more unproductive,
“Your mothers cheating”,
“Your fathers has been beaten”,
As the replacement arrived,
My father was deprived,
Abroad he flew, however,
The war raged on…

All around me, it’s all so hectic,
How can this wonderful world be so neglected
By its inhabitants, who use it,
Who batter and bruise it.
Who abuse it till its light fizzles out.

If the world had a voice, it would scream and shout,
And tell us to cop on and cut it out.
Tell us to spread the word and make aware.
Bring the knowledge to the people that don’t care.

Because they are naive and don’t understand,
The world they could save if they just lent a hand.

My body is perfect,
The way I see it,
I love every aspect,
I look like I’m really fit.

I play football,
And go to the gym,
But I can’t get a bird at all.

This is where all the girls who act the same become one,
This is where they call you names and laugh in your face
This is where confidence is crushed and insecurities are formed
This is the one place you hate to go because you know it won’t stop.

At home it’s different, its worse,
The girls that’s call you names are going out with drug dealers
And their treated as drugs being used when their wanted.
The alcohol that’s drank is to numb the pain that’s caused
By the abuse they face.

Sometimes it’s raising your voice,
Sometimes it’s making some noise,
You’ve got to tell the adults they were wrong,
You have a smile on your face,
But when you can’t see they the light,
When there’s no hope inside,
You’ve got to just,
Keep on moving on,
Numbers, percentages, letters, it doesn’t matter,
Albert Einstein once said: “Everybody’s a genius
But if you judge a fish on its ability to climb a tree,
It will live its whole life believing that it is stupid.”

We are sitting in class bored out of our minds
We are listening to teachers talking nonsense we’ll never even use
We are struggling with homework or exams
We are stressed, worried or maybe even depressed
We are struggling to juggle homework a social life and a hobbie
We are given out to if we’re behind with work
We are told to get over it, its normal
We are

This school is a kip, It constantly makes us feel like crap.
The school system and education is all backwards,
When they should be teaching us things that will move us forwards in life.
The whole point of school is to prepare yourself for the real world.
When teachers put us down if we’re failing a subject
You won’t use ever again after your school life is over.
The teachers need to realise we’re young and try our best,
But were NOT all the same we won’t be ever.
“These are the best days of your life”
Is what the school keeps telling us and “enjoy your time here!”.
How are we supposed to enjoy our time in school?
When you’re constantly stressed out of your head,
Trying to keep up to the school or classes standards?
Subjects like history what do we need that for?
We should be learning about taxes, how to afford to live,
But no you’re forced to be on top
And go do pointless homework and class work all for what?
To achieve what the school wants from you for their benefit.
No matter how upset, stressed and depressed you get,
You have to be up too “school standards”
This is the reason so many young teenagers drop out of school,
Its too stressful for us trying our best
When were told it’s just not good enough.

Day on the beach
The waves whisper to me
Calling me to the soft sand
The water sweeps over my feet
Surrounding where I stand.