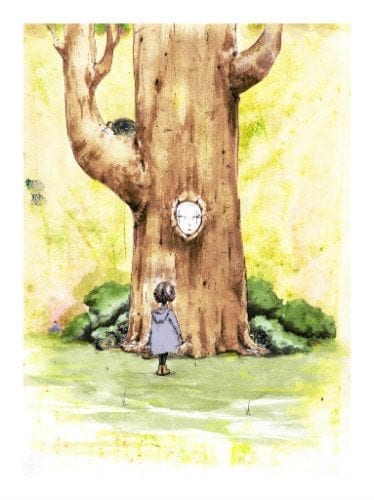 Anger trapped
A deep, dark hole
Bursting to get out
Pressure builds
Explodes
Destroys everything in its path
Commanded to obedience
Feel its dreaded wrath
Heroes built and then destroyed
By the next of kin
Centuries peel away
Like old forgotten skin
Vultures circle, crowd around
Bow to the king of crows
Souls diminished in the rotting ground
Whoever walks here odd and eerie
Where terror will is left unbound
Skulls buried in every grave
Silent and unseen
There is nothing left
That ever was

I try to think to contemplate
I can only just try and have’’ faith’’.
I can only watch as it begins
The frustration then starts to kick in.
I try and calm down but there is no debate,
It only gets worse, I can’t concentrate.
I try to study, try and do my work
But when I can’t, I see people smirk.
I wish for a new chance, for better times
But I’m just sitting here, writing rhymes.

The City Of Darkness

All love dies and is destroyed by your demons.
Here there is no logic and are no reasons
All true happiness is turned away and crushed to the bone.
There is no signal and there is no body waiting at the end of the phone.
Evil stays and conquers the world, killing everyone who lives there.
It would be less painful, easier to take if suffering was easier to bare.
Anger rises and defeats all emotions until they are reduced to nothing.
Your life just begins to with and shrink, the weight of the world is crushing
No one is safe and no one secure, everyone meets their gruesome end.
So just accept that everything is broken and then everything will mend

Dark Side of Devil Dreams

Demented people hiding in the dark places of the land
Society is sinking in the cold quick sand
Gangs selling needles to co-dependent users
Tracksuit clad predators, preying on the losers
Bombs hidden in the belts of suicide bombers
Exploding in the supermarkets, exploding in our summers
The demon hides in shadows of the old and crumbling church
Waiting for his victim from a dark and secret perch
This devil hides in wait beneath the surface of your dreams
And waits to hear you burning in the furnace of your screams

The man standing with as gun, tears trickle down his cheek
And the future of this man like the world is looking bleak

The young man sobs over a grave, the crows screech in the trees
Chilled to the core in dark cold night, cut to the bone in the breeze

The young girl writes a note in the dark, kicks the chair out from under her feet
There are no winners or losers here, for death can see you cheat

Violence blossoms in the dark of a deteriorating world.
Children cry, parents sprawled out, blood spewed on the walls,

Shadows engulf every being and soul, and takes the will to live.
A creaking chair, a family photo, teardrops wont forgive.

Every mortal human hides, behind a fake and twisted smile.
Hidden meaning, silent screaming, shadows black and rank as bile.

The only thing you hear is the low, eerie crying of people’s broken lives.
As every wrist will meet its fate with fear as sharp as blades that drive

The world shows its true dark face to take every being to its end.
The starving, homeless and the poor with no there to defend.

The old and powerful use men like pawns.
Their sacrifice seen as acceptable

Their nobility left unhonoured
Their actions forgotten
The guilty are never culpable.

I was dreading this day, it was raining and cold.
I got the news my dog penny died because she was old.
She was a Labrador, caring and fun.
She liked to run and after eat hot cross buns.
I found out she died from an old mate of mine.
He was only minding him until quarter to nine.
I loved her dearly, with all my heart.
I got a painting of her and it’s a work of art.

Wolves are tearing through the gnarled forest
Pounding in dark on their helpless prey.
The chirping birds sing in chorus
The cold night breeze whistles through the trees
Bleach black boots come marching through the grey
An old man wanders upon the stormy black night
Where the moon stays high and the dark-choked day

I sit every day in this boring old school
It would be so much better if we had a swimming pool
I stay inside all day wishing I was outside
The weather’s so hot it’s like I’ve been fried
I write nonstop until my fingers are aching
My head starts to hurt and my legs start shaking
I do piles of homework that I don’t like
When really it’s just guessing, I should be on strike
I learn useless things that I’ll never need
School is making me not want to read.

I wake up every morning in a cold, hard bed
With a pain in my back and a pain in my head
I eat cold food in the kitchen at the table
I see my school books, ah I’m just not able
I go to school at O Carolan College
I don’t study hard, there goes my knowledge
Sports day is a go
But I’m on here on my own
Wishing I was heading home
People are competing in races
That’s quite bad I can’t see their faces

A Sports day to Forget

I miss the start of my first sports day
As I sit here typing endless lines I begin to pray.
I type random sentences to get this objective done
Because it doesn’t take an Albert Einstein to know this is not fun.
I run out of ideas and I have noting let to write about
Everyone can see the sadness on my face as I start to pout.
My brain starts to slowly turn to mush
The teacher could tell that I was in no rush.
The boredom starts to leak into my bloodstream
I wake up delighted to find out it was just a dream.

I go to hell every day, aka school
All the teachers are oh so cruel
I have to do all this boring work
I do admin than an office clerk
I have to take tests that I don’t study for
My score is always negative four
I have to go to not have fun
I want to escape, go on the run
It’s sports day outside and I’m stuck in here
Writing poetry like a teenage Shakespeare

I like to eat my favourite food
To drink my favourite drink
The person who makes is really rude
The lemonade- it is pink
The heroic team go to win the final at the pitch
I eat all my delicious lunch
And watch a bit of ninja twitch
Listen to the munch! Munch! Munch!
My family eating in my house
Listen to the footsteps crunch
My father, his sons, his dog and his spouse.

You find a scar and two pumps
A bullet, two bumps
You kill everyone, it’s called tilted towers
You have to do a challenge is to find the showers
You die here, it’s called loot lake
You play for so long your fingers ache
You get the dubs, it’s called anarchy acres
You know I’m not one of those fakers
Try-hards go here, it’s called shift shafts
I don’t go there, it has bad drafts
You don’t shop here, it’s called retail row
Land on the wrong building and you’ll get a crossbow

I’m sitting here, I’m really sad right now
I wish I was outside like a black and white cow
I want to put a knife through this computer
So I can go outside and play on my scooter
I’m crying because I’m sitting inside
I looked outside the window and sighed
I want to shoot myself with a plastic gun
Inside this classroom it’s really no fun
Typing on this computer is hurting my fingers
I don’t know why I’m in here because I’m not a good thinker

The harry books end in a flaming gulf
Filled with a bag full of sulph
A dead sheep lies in a bloody heap,
Sacrificed by a satanic cult
Where the group of the people were all adult
I noticed the tiger claws were bloody and marked
The birds swarmed around mostly all lark
The world’s population started to decline
Everyone was too late there was very little time
50% of human brains failed causing mental issues
Which affected them for the rest of their lives
The darkness begins to rise.

A dying man falls
Like blossom falls in spring,
A possum on the roadside
Or a feather from a wing
The night turns into day
The man becomes a legend,
The living sing of pointless things
The dead are barely mentioned

I used to play football with my humorous mates.
Now we are all at home waiting for Fortnite updates.
I had my first piece of sugary chocolate cake.
It took my mam three hours to make.
I bought my first fidget spinner.
Back then I was only a beginner.
I buy all my delicious bagels for breakfast.
I only buy the freshest.
I scored a screamer and won a huge cup.
When it hit the back of the net the stadium lit up

The Day is Done

I go to eat all my lunch
And do my boring homework
When I don’t get what I want I kick and punch
If I get too much I’ll go berserk
I go to study for my test
To get all my work done
When it’s done I’ll get some rest
Then I’ll finally have some fun.