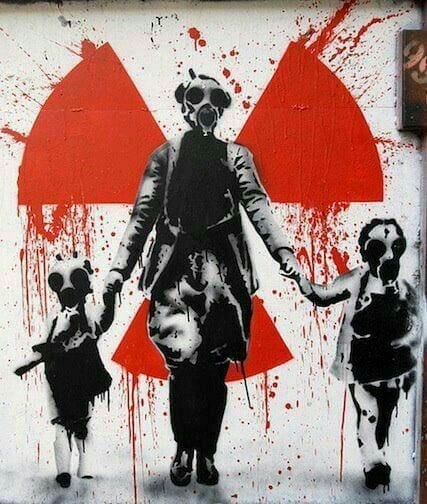 I’m trapped alone in the darkness

Words of pain and anguish wash over me

Wanting for this suffering to let me be

When will it end

I walk through the forest of existential dread

Trees of guilt loom over me

Weeds of lies cling to my feet

Nowhere I can hide

The burden is too hard to hold

The anchor of regret slows me down

Then I snap back to reality

I was overthinking again

It’s your hate and fear, but you must attain it

But it scares you, you don’t want to join the rat race

The people around you say it’s alright

You know they’re not lies

But you don’t trust them, you hate them and love them

Why don’t you trust them?

You conflict between success and pleasure

You wish you could reach the lights in the sky

The fire you felt for years is dampened

You feel her that you met in the waves of betrayal

She tries to direct your hand you the lid of the box but you pull away,

Reaching for her back, whishing she would stop and yet craving her hand again

The tool used by it was a mind filled with drought

You wish you could push and reach the end

But when something is wrong you wish to start again

It gives your fear and hate affliction

538 meaningless numbers that guide the hate

That try to change it to something great

But the numbers require you open the box

Wondering what I did wrong

Wondering what could I do

Wondering if it was all a sick joke

And with that text

You became my ex

I must be dreaming

I can’t believe what I’m seeing

Your heart as black as coal

And with that you broke my soul

I look at a bold world from the outside,

To see an old-world kind of homicide.

In each place, once race but divided,

People with their minds made for them decided.

Innocents, condemned and given hatred,

Human words, treated as if they were sacred.

The past, confused, maybe even fabricated,

Back now, misused and reanimated.

The real killers, revered for their piety,

Treated as they were pillars of society.

When really they’re commanders, is there no greater irony

Calling for the other to stop their terrorism,

Calling their own acts a special kind of exorcism.

A cycle of horrid actors looking to get even,

But the last one will never be even.

There is no fire in me

I was alive once though I barely remember

But I am satisfied with where I am

Empty of meaning, what makes me human

Once there is nothing left inside

There is nowhere left to fall

Masks and figures and news and fear,

For an invisible enemy: we stay at home

Behind six feet walls, from Dublin to Rome.

But we stand together, come together,

To make life better: For our dead can’t just be numbers on beds.

Didn’t know that when I left, it’d be the last time I see my cat

One car was all it took

To send her to a place where dead people have stood

One day she comes all small and shy

The next day all fat and loud

The silence has started the grave has been dug

My little cat is now in the ground with the bugs

That my dear Wolfie will own the clouds

You Made me Feel

You made me feel happy when we were together,

You made me feel sad when we weren’t,

You made me feel angry when you didn’t reply,

I liked what we could’ve been.

This world is a nuisance, full of grief and hatred

That hurt other people’s feelings with false accusations,

Conversations of gossip, insults for their entertainment

What happened to humanity?

We play with other people’s emotions, promotions is all that we ask for

Because money is the only thing that’s spoken.

No sympathy, no dignity, no consistency, no brilliancy,

We maybe all humans, we may not be perfect.

But are doing all these unnecessary actions really worth it for our verdicts?

Things Could be Worse

I started writing about my troubles

About how tough life is and all my struggles,

But I look out on the world and see, I don’t have things that badly,

I’ve got friends family and health

And I’ll see everyone again on April 12th

I hear all the poems with their deep emotions and meaning,

But how bad can things be, I’m still breathing.

A waste of eternity

As he sat and looked he no longer

Saw himself but rather

A hollow shell of what once was him.

But the insides were eating themselves.

He no longer was the caster of his

Own shadow but rather the shadow itself.

An outline but not being.

Whose every movement did not matter.

To waste eternity is to exist rather than live.

Summer of Our Lives

The sun is shining and heat beating down

The beat of the bass booms through the field

The sound of Bottles clink in young lads bags

The smell of smoke floats through the air

Us young men don’t have a care

Fights break out, tears are shed

But we all come together because we know

its Summer, one we won’t forget

And once it’s done we’ll have to knuckle down

Teachers will tell us that we’re acting like clowns

Soon we’ll be in the real world

And we’ll all look back

At the summer of our lives

They said he was a failure,

They said he said he couldn’t do it,

But he just kept persisting

With no words to assist him

All that was left, an idea that convinced him

That one day it would come out from within him

And be the best a man can be

I’m from somewhere that when somebody dies

And you don’t feel the pain you ask yourself how come?

But nobody’s died, it’s just the inside of you

That’s conscious of the divide you see through the lies

Is if you objectify my mind and start over

But by the time you get to that point, there’s no four leaf clover

The inspirations of life is not from my background

That you’d be disowned upon is gone

It’s where I come from

FUT Champs is the highlight of my week,

Saturday’s are the days I play at my peak,

Online school is such a stress,

Five days a week, wasted on a mess,

Saturday’s, are reserved for the boys,

Sharing a 70cl, between my mate

Getting locked and getting baked,

Social distancing when we can,

Friday’s are a day of rest,

Staying at home, putting our mental health to the test

And really take the piss

Making decisions that are hit and miss

As we are in our third lockdown,

The country’s in bits,

You think they can’t be serious

It’ll be the lads in tracksuits,

That are responsible for this.

The only thing I saw that night was you

But in the morning the only thing left was your shoes,

I remember what happened that night

It started great but ended up in a fight,

And then I hit you and something cracked,

If only I could leave my cell and share one final cigarette.

I was walking down town.

Saw a boy in a gown.

This anger still inside me that cannot be released,

Please help me before I bleed,

So what, should I forget what’s behind?

I can’t go back to the place,

My hands still stained with the blood of my wife,

But a word cannot said,

I am on my own, with the horror still inside me,

I’ll be gone for now but I’ll be seeing you Marry.

Since they keep coming in waves

When the system is done with me

In 10 years will I be different or will I shiver

Liverpool are the best.

I just had to get it of my chest.

So if you wanna disagree.

You’ll be getting a hit from me.

My dad works so hard

My dog barks and barks

As the thud of the rain hitting the window

And the cat meow

And hunts for maternity

This city is burning, tap the ash, unmotivated, burn and crash,

Keep yourself to yourself don’t get attached,

Drunken fools looking for any reason to get bashed.

I saw a cute girl and I started to shiver,

So I brought her to a river.