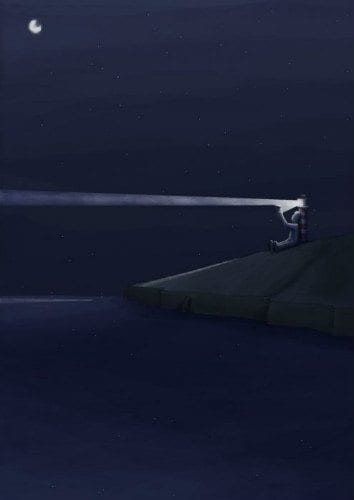 Dreams, they are often thwarted by reality and real life’s expectations,
Yet the world’s strongest dreamers are those who have shaken its foundations.
Every hero, saviour, champion or legend, who believed their goals to be unattainable,
Is known today for their achievements, deeds and triumphs,
That to everyone else are unexplainable.
For those who crave freedom, adventure and wishes to reach the sky,
Whose slumbers are filled with visions of sailing the sea, reaching the moon and desires to fly,
Know that the greatest of stories began with the one who was underestimated,
And that anyone can reach their goals, nothing is impossible, just as our heroes demonstrated.
For those who feel hopeless, incompetent or less than the crowds,
Remember that life is not controlled by the misdeeds in your life that occur beneath storm clouds.
It’s you who chooses your destiny, who decides how to live
And persists through your toughest choices,
So to all those who feel overwhelmed remember, think for yourself, ignore the demeaning voices.
Do not Survive, Live.

Morning
Lying on a cloud while thinking aloud
Tossing and turning in the bed while remembering what they
Said.
The tapping of birds on the roof and the sound of the fridge
Below being opened for juice,
I rest on my feet on the cold wooden floor as my mom creaks
Open the door
Breakfast she mumbles as I am looking for my clothes in a
Fumble.
I slowly trudge down the stairs while my Nan waits for her
Porridge in her narrow velvet chair.
‘What’s the time?’ I groan.
Its half past and watch it with that tone she snaps.
I grab my bag and my coat while trying to keep down the
Porridge twisting and churning in the back of my throat.
I run out the door into the fresh morning air while my mother
Lies aimlessly on her bed because she just doesn’t care.

Napping. An escape, my happy space
Every evening in that perfect place
The perfect way to let off some steam
If I can be so lucky I may have a dream
Of a world without social class
Without social hierarchy and superiority yet alas
This is the world we live in
The world our ancestors have given

This is the True Me

People don’t know who I really am
They might think I’m stupid, dumb and judge me for what I have
I’m just a girl who has Dyslexia
Who has a hard time with school and is shy
At school I have a mask over my face
Pretending to be someone who I’m not
I try to be in disguise
I try not to stand out so no one finds out the true me
Sports is where I can take off the mask and be who I really am
I’m a crazy competitive person who plays sports all the time, every day
When I play sports I forget what I have and just have fun

Look around.
Breathe.
Look at the people who are now your enemies for a whole 40 seconds.
Breathe.
Your teammate edges ever closer, the noise increases the decibels matching your heartbeat.
Breathe.
Don’t go too early, throw it all away.
Breathe.
And dive, the cold water hits you, but no time think get going reach the surface and
Breathe.
50m and four other people separate you and glory.
Breathe.
Halfway there you turn the noise of the crowd deafens you for a spit-second.
Breathe.
Finally the most anticipated 40 seconds of your life is over you did it, you won…
Breathe.

High in the Sky

Grey walls and cold concrete
Hot head and cold feet
We could hear the sound of their nervous studs tapping
We are cool, calm and collective
We stormed out onto the field
Ready to go out attacking and tackling.

Living with five sisters
And nearly each one with a mister
Whole house is packed
But we’re safe and don’t get attacked
From the outside we seem close
But the truth is nobody knows
How wrong they truly are,
But fair enough, it does seem bizarre.
But all the mean things they said,
Stumble around in my head.
‘Calm down, it’s just a joke’
But some jokes can make you choke.
It’s just tough love,
That will fly away like a dove.

The place we go for us to only be told
Do this, do that, but only this time nine fold
The struggle and stress endured is untold
The only thing you really learn
Is you gotta go and earn that gold
And the standards that you must uphold
But the reality is that it’s just a place
For teachers to get on your case
And not know what’s really goin on
Now I’m done with this con

I could not breathe.
The amount of heat coming down on top of me,
The stone was rigid, pressing against my temple.
I ached and cried
My head pounding, as I floundered with pain.

As I put on my uniform felling like a prisoner
Walking in the door felling I’m going into a cell
Failing tests, getting in trouble and not caring
Teachers are sick of me thinking I’m going to fail in life
ADHD and dyslexia won’t stop me
As I know who I am what I’m going to do
When I see the people’s faces who doubted me
Will make it all worth while

We ran out onto the battlefield
As the rain poured down
The battle that usually ends in a blood bath was ready to go down
When the battle began, we took a few hits
Sinking in the mud, our boots turning brown
The enemy began to get the upper hand and we began to frown
But with strong will and courage we pushed them back to where the belong
We fought till the bitter end and we began to closedown
When the white flag was risen, we took the crown

I get that wakeup call at seven in the morning.
It’s always dreaded and my energy is always headed downwards.
I get to that place and my mind is always turned backwards.
She walks in the door all happy with her class all nappy.
She starts talking, saying how we all look unhappy.
We sigh hoping she will leave and wave a goodbye.
We go through the day and at the end and me and my friend had to lend
A hand to her boyfriend to mend his bike.
Then that was basically the end of my day in uncool school.

There is thing on my mind,
That people must be too blind.
That God doesn’t exist,
It’s just a bit of a twist.
How can you pray for your whole life?
Then just to feel getting stabbed with a knife,
I think it’s just backward,
But people just want to have him guarded.

We are made go to school,
Where all the people can be so cruel.
Where the boys would drool,
For that girl they think is so cool.
Where some teachers treat you like creatures,
And others are preachers
Of education they find so dear.
But not the mean words said so near,
They then turn to beer,
And end up with problems.
The feelings of being lonely,
And feeling like you’re the only one.
They point and laugh ‘its only fun’.
Let’s now go my son,
Cause they think I’m finally done.
They think they won,
But not today hun.

Hundreds of thousands of people every year go to one place,
To see stalls upon stalls around this temporary marketplace.
For three days of September this site sells to the people,
Stories, clothes and for some a new experience.
The majority search for freebies
While the farmers search for things to make their life easier.
The spot that is known to most,
The Ploughing Championships.