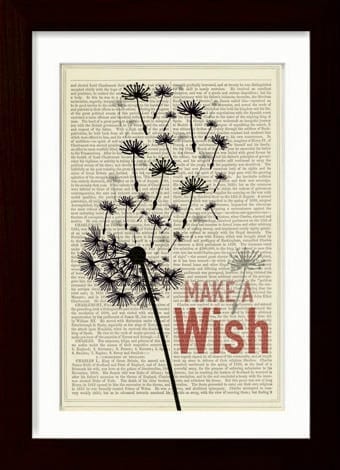 The lark sings,
A cheery, thrill, vocal cry.
On par, with an angel tuned lyre,
In the valley of rye.

This is where,
The lark brings,
A cheery, thrill, vocal high.
A dark angel trapped in wire,
In the valleys of the sky.

A room full of people shaking hands,
Meeting for the first time in weeks,
Months, years, decades,
Showing their support for the family,
Even the people they didn’t know,
Showing their respect
For the person laid out in the room,
And we were all invited to say our last goodbyes.

Darkness,
Unfathomable depths,
Where light does not seep.

Cold,
Unbearable cold,
Dark as night, cold as day.
Inhospitable, to some.

Rough, jagged terrain,
Not a bed of roses,
But one of ocean.

My very first tentative steps towards my mother’s open arms.
Me meeting my first dog, just a pup,
Saying goodbye to him for the very last time.
Me seeing my first calf, the next one left,
Driving the tractor for the first time into the barn,
Into forever.

Every time you and your friends
Have a tea spilling session
Under a blanket
With a movie on in the background
Lounging on the couch.
Pigging out on popcorn and Pringles
Chocolate and jellies.
Talking about the Weather
Laughing, crying about everything and anything
Or nothing at all.
Falling asleep halfway through
Or staying up all night
Till you’re crawling up the walls
The people you tell
The laughs you have
The stuff you cannot remember
But it always is good crack

My very first day of school, quaking with anxiety at the front door.
When I got out of the car, it started to pour.
The last days of each year, where everyone is bouncing with anticipation.
After school goes out, I head for the bus station.
The days of the junior cert, where every moment is full of worry.
The previous days for study all went in a hurry.
Days where we went on trips across the country, from east-to north-to south.
Sometimes catching a snowflake in my mouth.
Who knows what memories the walls will remember next?
I write this as I hear the loud woodpecker’s pecks.

We’ve been here living for months, to just have fun
Passing throughout big storms and without our sun.
Where we have had life experiences near to massive green fields,
With people going to the seaside.
We’ve been here without our real families,
Passing throughout big storms,
With good but also bad moments without the sun.
People that think about the future,
And don’t commit the same mistakes as in their past,
To be abide the real rules.
Where we are going to improve our capacities of communication,
With other people in another languages.

We’ve been here living for months, to just have fun
Passing throughout big storms and without our sun.
Where we have had life experiences near to massive green fields,
With people going to the seaside.
We’ve been here without our real families,
Passing throughout big storms,
With good but also bad moments without the sun.
People that think about the future,
And don’t commit the same mistakes as in their past,
To be abide the real rules.
Where we are going to improve our capacities of communication,
With other people in another languages.

You say I can write about anything,
But anything is too big
It starts with an ‘a’ and ends with a ‘g’
And is infinite in between,
That’s too confusing for me,
I need boundaries or somewhere to start,
Or I’ll be forever stuck on this task,
Goddammit anything!

I was born in Tenerife (Spain), in the northern part of the island.
Since I was young, I always had a really good relationship with my brothers.
I think that I’m very lucky for the fact that I was able to meet some of my grannies.

Since I was a kindergarten boy, I used to hate school,
But in the moment that I told my mom that I hate it,
She just tells me that I better like the school, that was really important for my future.

At that moment I did not understood that much what she did told me,
But looking from nowadays perspective,
I ‘m thinking that she told me that to prepare me to the world

When you walk in the house,
To meet the extending family,
In some weird part of the country,
People you never met before
The grandad of the family comes up to you
You’re stuck listing to some story
That you don’t know what’s going on
Answering the same question all night
‘What age are you now?”
We all head home
Till the next one,
When were all a few years older.

I live in Tacoronte, which is a little town in Tenerife.
I have two sisters, the elder one is 17 years old and her name is Valentina.
She is my role model; everything good that I have done is because of her.
The act of being here in Ireland in a scholarship,
Is because she had a great time when she came here two years ago.
The act of being myself without regard what other’s people think about me,
Is because she was strong when nobody, except our family, support her.
I think I am lucky to be her sister,
Considering that she had showed me more things about life than adults tried to teach me.

The night the hell had been finished
And all the drink had been finished
The boys were back in town
Billy was there, the clown
Luckily louise didn’t drown
We went home and ate waffles
They weren’t awful
Ruadhan came down with a wobble

It started with a field,
Then a shed,
She was given everything,
She was lost in thrill,
She did a runner,
She lost her bother.

I love Chinese
The sweet and sour sauce
With that lovely shredded chicken
It fills me up, so I won’t eat for the day
Then I get hungry again and eat more
After that I walked in the house door
To have some more
That’s what I adore
That’s a lovely beour

I spend three months having fun and learning a lot,
I meet one boy his name is Scott,
And where I meet a lot of friends and good people,
Are very legal,
Where I have known my new English family,
I am having a good time actually,
And where I visited a lot of fantastic cities,
My sister name is kitty,
I have a great history for the rest of my life.
And I want an Irish wife.

Champions are made
On the turf of molaise
In the fields of grange
Starts off under 6
That’s where it begins.
Finish it off
In our green and white skins
The roar of the crowd
The bang of the ball
The pound of the shoulder
The crash of the fall
The gasps and the groan
The clap and the cheer
Raising the cup
That we’re filling with beer.

They make themselves look bigger
In front of their mates
Try to look like they don’t care
When they do there just trying to act like they’re unreal.
Acting class in front of the lads
But when they get there
They stand in a corner
Don’t even talk to girls.
Once they find
They get with her
Than go off with someone else after that.
On the phone
This is where boys act all big
And then in person they say nothing
Because they show off in front of everyone
Then act all quiet in person.

‘This is just the Reality

Boys act big at discos
Thinking they’re class
In front of their friends.
They go after girls,
Shift them,
Drifting off to go with another girl.
They act all hard
Over the phone
Or on the way to the disco but,
When they get there,
They just go shy
Literally run for the hills
When they see a girl.

Chicken fillet rolls are life
With spicy chicken, cheese and
Mayonnaise
Londis do the best ones
But Supervalu have
The best deal.
A roll
Coke and a bag of tayto
You can’t go wrong

The ocean will be full of more plastic than fish by 2050
How do you expect me to find another fish in the sea,
When the sea is full of plastic
So you’re saying i’m going to date trash?
Thanks for the warning!
So no, Karen, there isn’t plenty of fish in the sea!