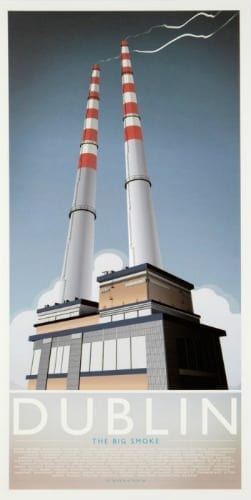 Girls are expected to look and act a certain way,
Skirt too short that looks better in grey.
They are judged for every wrong they make,
Don’t be yourself, just be fake.
Their bodies become cheaply objectified,
That innocent girl can’t be identified.
It’s better to comment than to commit,
It’s better to hide then to submit.

People cannot express true
Emotions, they cry through
The night their tears fill
The ocean

All the big fat junkies standing around dealing,
Scumbag maggots always stealing
Fancy BMW’s getting nicked,
This town has addicts and it’s sick.
Going to Yu-Hong for a slap up meal,
Down here feels so surreal.
All the girls here get slut shamed,
But the boys don’t take the blame.

No basketball net hangs from the rim,
Like a skeleton ghoul without a skin.

This is where emotions calm as we test our skills,
When the crowd roars with all the thrills.

The roof leaks more than the internet,
Like a world class gambler without a bet.

Men, women and children fallen short,
As the stadium has become a fort.

Past prodigies have come and gone,
Failing to realise sports a marathon.

Half wind children roaming free
Flowers blooming in the tree,
The rising sun will always shine
The brand new day is yours and mine.

But we are stuck with no place to go
Nowhere to hide no room to grow,
Half dead Junkies all around
It’s hard to live with or without.

This is where you try to live but die
Where everyone you meet is the same bad guy.
A shrinking circle can decide your fate
Alone or with friends the enemy will await.
There is more guns in a school than at a shooting range,
At any moment there could be a bullet exchange.
An iron pan can stop bullets better than an armoured vest,
a place where your skills are put to the test.
Race, religion and gender don’t matter,
Winner gets chicken dinner on a platter.
Military crates get dropped from planes,
Occupants of this land no longer remain.
This is a place you can be in all day and all night,
Player unknown’s battlegrounds, is better than FortNite.

In this society a helpless junkie lies in the gutter waiting to die
Fearless, careless, out of breath, running from life, running from death
Drugs, pills, syringes too, in the canal death is due
His body quivers, his body shakes, his heart locks up, his body breaks
Not long left before he dies, the blood stops circulating around his eyes
Everything is dark, his body is shaken, it’s the end of the road, the road he had taken

The night hawks are coming to finish the mess
As they roam through the dark garden through the deep abyss
And through the thickest and heaviest fog which covered
Half of the huge garden, you could walk through
The other half when the fog disappeared and it was
Just the night as we closed in we killed everything that made
A noise who was human we killed every target and got out fast
In less than 30 minutes with no mess no trace

If you look at someone wrong, you will get beaten.
Giving someone the wrong look will be an instant regret.
Junkies hanging around, over at the shops.
People scared to walk passed in fear of getting hopped.

Rubbish on the ground, left, right and centre.
Council have given up because it would take them forever,
To clean this kip up and make things better.

The Guards come running, searching for drink,
It’s hidden in their purses, ready to be clinked.
Kids in school, who refuse to learn,
With their future they choose to burn.
She washes her face down the drain,
Inglot and Sephora, it must be a pain.
His head is hurting, he needs a shrink,
His dad’s not here, he’s in the precinct.
Our biggest problems, are on their way,
Our real fake world, what a cliché.