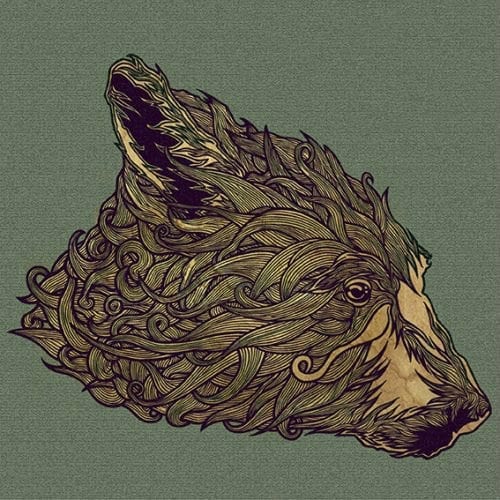 Nobody can be perfect and that’s a fact,
Yet we strive to become perfect at everything we do.
We strive to have a perfect life,
But that’s different for each individual.
We are told what is to be sought after and what needs to be avoided,
Even though there can be no two humans exactly alike.
We all have opinions, we all have personalites, and we all have thoughts,
Thoughts that need to be heard and spoken.
Thoughts that may be taboo within society but still can be heard.
We are our own greatest enemy yet also our greatest friend.

I Fell in the Ocean

How Lucky I Am

How lucky I am to have someone that makes it hard to say goodbye
I only remember the memories of our laughter, smiles and cries
You told me never to forget you as if the earth will ever forget the sun, stars and the moon.
We would sit in a corner to laugh and talk about people passing by the classroom.
Teacher says’ work in pairs ‘ and instantly turn to each other
You were like my sister from another mother
Even though we have a sea between us now,
We can only say until we meet tomorrow

How is it so hard
To be a teen
Being stuck in this
Purgatory
Between the ages of twelve
And twenty
In a hell of likes, shares
And retweets
And Is it just me
Or do people escaping
This reality
Tend to OD
Instead of getting all that
Help that they need
From people like
You and me
And can’t you see!?

For not trusting
Those around us
And try talking
About the crap that
Matter to us the most
But instead we stand alone
Over the empty coast
Below.
Everything else we got is gone
All because we thought we’ll
Never truly belong
And I don’t want to go on a spiel
But we teens do try our best
But maybe some just can’t
Shine as bright as the rest.

You get that feeling before the first day of school,
You are laying in bed
But cannot sleep because of the lingering thought of the first day,
But once you start to shut those eyes,
You wake from a beeping sound.
Next thing you know you’re in a bus,
With seconds from a full stop,
And on with the day you hope to survive
The first day of school is just a day.

Starting off slowly with nothing on your mind,
And all the love beginning to be hard to find.
Trying and failing to get a grip,
Causing you to run and then slip.
A great fall takes place into an open abyss,
Floating downwards hastily, no darkness amiss.
Spiralling further into a gloomy well,
Into a pit of hate with a quite vile smell.
Faster and faster you endlessly fall,
With no place to go, no soul to call.

Deeper into a fire, continuously blazing,
Giving up finally and mindlessly gazing.
Laying there, dead and like a sack on solid ground,
Wondering if you can escape the great well you had found.
Existential thought, crossing collectively through your brain,
Thinking about if you were loved or if your loss was their gain.
And only then the tears begin to fall from your eyes,
You crave happiness but can’t look to the skies.

A sunny day,
But a dark room.
Laid on a mattress,
Stained by who knows what,
That is supposed to be called a bed.
Lost.
Trapped.
No way out.

Navan ain’t good,
Rather be from Cavan,
Not as dirty,
And twice the friends to be having

In a New World

I live in a new world with old values
Times have changed, the word has changed
They don’t want folks like us no more
My passion is riding bikes on an open world being free like a bird
But I’m given out to because they’re dangerous and die
So could I by falling down the stairs I reply
But what they don’t understand is if I die I would die happy

The Road to Change

It was the first day in my 2nd year. The morning was crisp,
But as I got dressed my emotions began to twist.
My love and care began to disappear and out came all of my anger and fear.
I fought and hurt others and kept laughing at all of the destruction I was making.
I kept on going and going and making it worse, until I crossed the line.
My brother had a brawl that made our brotherhood fall.
My mother and father wept begging me to stop, but the raging fire of anger wouldn’t drop.
I had to leave, I had to get away, so I did, I l went my nannies two weeks before Christmas Day.
It gave me time to just reflect and see the damage I caused with a ripple affect.
I cried…I missed…I hated myself and I knew I needed to change, so I started my road to change.

Two years later and I feel like a different man, and I think I’m the happiest that I can be.
I’m happy to have changed and lived a better life
But most of all I’m happy for all the people who stuck by me to help me change…
My family.

When I am angry people have told me just calm down I try and try but nothing works.
Then after years of separating myself from people I decided to sign up for anger management
I felt so stupid afterward. I only needed one session.
We went through basic things,
They would ask me what makes me angry,
I’d answer but I didn’t feel like it was going anywhere.
Then they asked me one question that changed my life:
“Have you tried using your anger in a constructive way?”
I didn’t understand I had been told,
All my life anger was bad to just calm down.
They showed me a video of a blacksmith and he said
“Being a blacksmith helps me vent my anger
Cause it lets me make something by lighting it on fire and beating the crap out of it.”
After that day, I started making things, not blacksmithing,
But still it helped I became more social and had way less angry burst.
I still have to do anger management practices but still.
That’s me and my journey through anger.

I woke up this morning and
I was surprised with two tickets
To go see Manchester United
Play in the Aviva stadium
Kick off was at 7:40
The players got onto the
Pitch then Mata scores
Then they scored another
Then the opposition scored
For my first ever UTD game
It was good to watch and
They won to so it made it better

Tick tock goes the clock,
From the womb straight to the tomb,
Go to school don’t be a fool,
Get a degree then become a trainee,
You got a job, you turn into a sob,

Find the one and raise a son,
Pay your bills and buy your wife daffodils,
Sixty comes and everything’s been said and done,
Days till the end, yet you still pretend,
A final breath and that’s your death.

Shut in from society within my council house
Peering through the shutters
He gazes upon the bustle of the busy street
The idea of leaving his house makes him anxious
Forcing him to live moment to moment
Another hour goes by one less space to fill
His mind filled with silhouettes of a better experience in time
Feeling numb why can’t I feel
Insidious, it all ends here
He hates the sympathy
And he’s sick of the questions and constant remarks
“Is everything ok?”
“How do you feel?”
“What’s going on?”
He burned the photographs
Cut you out
Curtains closed
His walls built up
No one can get in
His trap sealed shut
What would happen if you were still here would I do better
For that I do not know
You’re gone now and I have nothing to show
Feeling numb, why can’t I feel
Insidious, it all ends here

He Thinks he Failed

We are the most oppressed minority,
We do this thing that is fun for us,
People see this as a problem,
We see this as a solution to our problems
They view this as a mental condition.
This thing makes us happy,
This makes us break free from life,
This is gaming.

I wake up every morning and say to myself, today I will change the world!
Whatever happens, I will try my best to be best I can be.
Whether I’m having an existential crisis or contemplating the meaning of life,
Whether I’m trying to inspire my peers or confuse them.
I love who I am. And no matter how many times I get knocked down, I get back up!
Because I remember how loved I am,
I remember that I am strong in the real way.
I remember that I will save the world and that no one can truly knock me down.
I know who I am, and I, am, awesome!
Excelsior!!!

Have I failed?
After passing all the tests
And participating in class
Can I say I did my best?
Do I fail?
To show the love I got
How I really feel
Or to show that I care a lot
Or will I fail?
To live my life
And get a job
Or even maybe get a wife
Can I change?
To be less quiet
Or to be more honest
I wish I could actually try it

You Should Get Back to Football

I stopped going training.
No one asks why.
I love football but I couldn’t deal with it anymore.
Years of it.

Always at training, never on the pitch.
But yet she shows up randomly and never gets taken off.

I felt more like a spectator than a player,
I didn’t feel like one of the team,
I felt left out.

I didn’t want to be treated like I was invisible so,
I stopped going training.
My sister kept going.

I went to her matches to support.
Her coach was my coach.
Never was I asked,
“Why did you stop?”
“Are you coming back?”
Just a nod was received.

Your neck isn’t a shirt, so don’t hang it
Your skin isn’t paper, so don’t cut it
Your heart isn’t a door, so don’t lock it
Your life isn’t a film, so don’t end it.
Success does not heal pain
It only passes it on to someone else

Started Colaiste na Mi in third year
Third year was good
Then came the junior cert
The junior cert was stressful as it was,
Until I realised I was getting death stares from people I’ve never talked to before
At the start I didn’t really care at first but it has been an on-going thing
I am now in transition year and still get these death stares
And sometimes i’ll get the odd slagging
Sooner or later it will be dealt with.