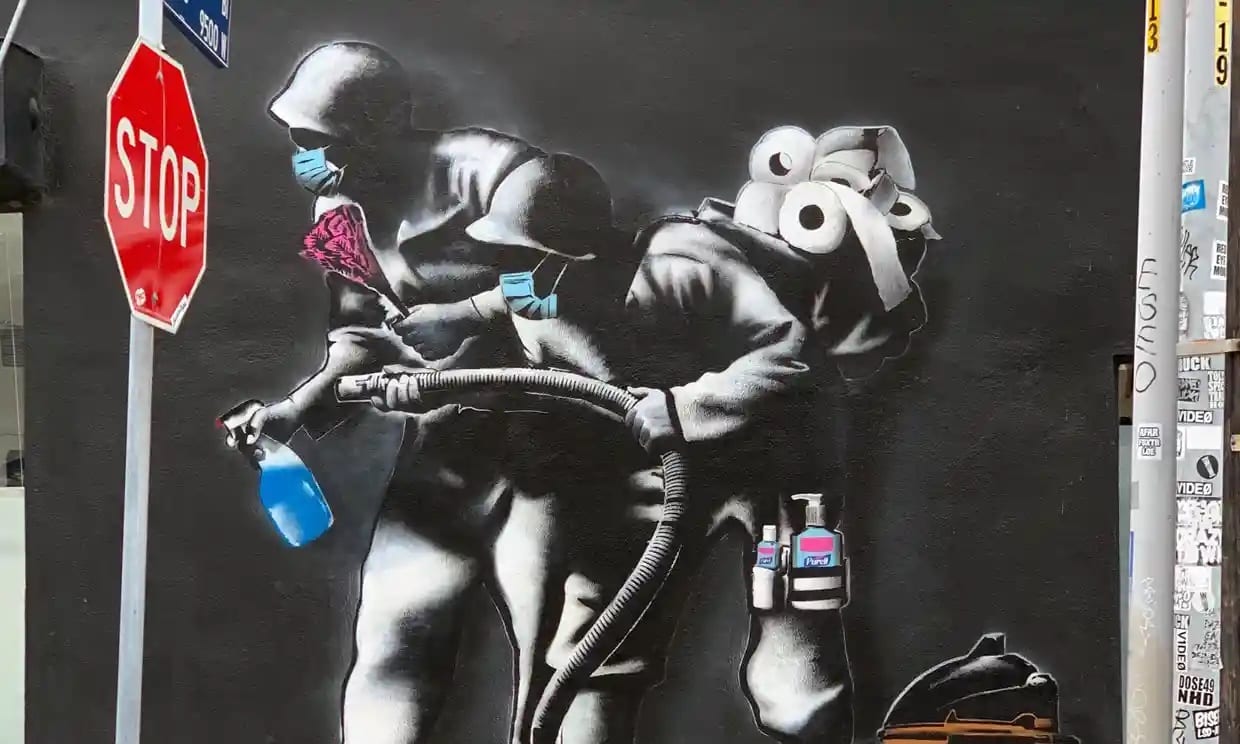 Stubborn children in suits and ties,

Lies that kill, lies that steal the lives away,

Of those who conform and obey,

To their dogmas of hate,

Being a girl is exhausting

Being a girl is scary

Living in a misogynistic world

Where we are told to cover up

Told to cook and clean

Guys see us as objects that can only cook and clean

“Boys will be Boys” they all say

“Girls are more mature than boys”

Is it because we are taught to act more mature at a younger age?

Or is it because guys aren’t educated

Making excuses for guys and blaming us girls

But I guess this is the world we live in

In world where you are a try hard if you try

But you’re an idiot if you don’t.

If you have an opinion that’s not the same

If you speak up your told to shut up

It’s not just you,

You see it’s the pressure to be perfect

Who said we had to be perfect?

You need to let go, let go of other people’s opinions

Why care? Because society tells us it’s not there,

The judgement is there but may only the one place you cannot walk away from,

You see we’re hardwired to care.

This Irish nation, this Irish mutilation.

Rotting from the inside, enemies at all side.

Playing the nation like some game, they all the same

Nothing more than pawns, begging outside the Taoiseach’s lawn

Greed, flows through nation, like an incantation, convincing the many, to serve the few

I come from slanted pavements and overgrown grass,

Grass as tall as my ankle, reaching deep into my mind.

These feelings and smells, even touch and tastes,

Make me feel alive as so long as I believe.

I come from knitted hammocks weighing in the balance of two trees,

Two to make me safe such as two personalities I switch between the day.

I come from chilly feet scraping on the floor,

Searching for something but not entirely sure.

A little boy with hair quite scruff,

Chopped by his dad but the memory makes me blush.

No hardships I can recall so I have no place to complain,

All I have is me and exactly where “we” have come.

‘We’ are my family, strong but sometimes distant.

However I will never let my love be resistant, to anybody, anything.

I come from love, unconditional and nowhere to be faded,

However my heart has not even been remotely waded.

I don’t know much about poems

But I want to make a point

Began the year with a plan, but started losing focus

But I’ll get back on track and back to work, I know it

This year is going the same way, won’t let it get to my head,

My heart is pumping

Feeling I can’t be honest

My lungs are aching

No one can hear me

I’m lost in a sea of trees

I don’t know where I’m going

This music in my ears

Is flowing my tears

I’ve reached a land of beauty

The past was a horror

I hope to leave this corner

I have reached my place

This must be the end of my chase

Holding too much power

Being popular is weird

We always hear your voices

You really are the only one talking

Homophobia and your racist remarks

Truly a work of art

Must be coming from your heart

It really sets you apart

As if I don’t hear it from 20 people everyday

Here’s the jist of it

I’m really getting sick of it

I’d rather have loyalty than love

See love is just a feeling

You can love somebody and still stab them in the back

It don’t take much to love

You can love somebody just by being attached

See loyalty is an action

You can love or hate me and still have my back

What my future holds,

No one will know.

Will a live a life of constant fear,

Will I live a life of rules

Will I live a life with freedom

Will I live a life with my own rules

No one will know.

Yet I imagine the dreams,

Of the endless possibilities,

In the future beyond

We are back in quarantine

And no friends around

I think I’m going to lose my mind

Of getting sick with COVID-19

We sit around at home

Hoping for something better to come

But I know this is for the best

We have to stick together

I hope this will be over soon

So we can have a normal life again

They say that these are the best years of your life,

But what they don’t realise is they are full of terror and strife,

Walking down the road terrified for your life,

You look around all you see are tracksuits and a mask holding a knife,

Our generation was born with a boom,

All you can see are red stained eyes darting around the room,

And then came the economic crash,

Teens grew up without money,

Thinking that to be cool, you had to sell hash

And then came the worst of all,

Waiting on news like a servant at beck and call

But what about our mental state

I feel lonely I feel scared

I feel useless I feel spared

I think that people stare at me and don’t care

But that’s just my mind

I am loved I am cared

I just put myself down

Because I am not who I want to be

But it’s not to me

I want to be a better me,

I can think but I can’t execute.

And though it so many years ago

Sometimes my emotions cannot be contained

What would you do?

If you could see me know

I wish I knew

I miss you dearly

But you have been lost to time

But I still love you, sincerely

The days are long and endless,

The nights are weary and cold,

Everyone is so ready

Because of what covid created

They say it’s going to be over soon

They have been saying it for ages

I wish I wasn’t so Insecure

I wish I wasn’t so insecure,

I wish I wasn’t lazy,

I wish I have the courage to talk to my parents more,

I have goals but I can’t find the motivation,

I’m stuck day by day with my hesitation,

I don’t want to be stuck

I promise my future self that I’ll wake up someday.

Picked on the first team

I’m not part of a regime

Seeing things I want to unsee

Going into the mainstream

Cant take up this American dream

I just want to eat some cream

‘Your teenage years are the best ones of your life’ ..

Yeah right, when we’re putting each other down and crying ourselves to sleep at night.

I come from sleepless night; I come from insecurity and a constant need to feel worth it.

I come from a world locked down, it’s lonely and full of crap.

When kids as young as 12 want to give up.

I come from mobile phones and social media,

Where self-hatred and doubt has become the norm.

I come from a dysfunctional family,

Where issues older than me have been sprouted and take form.

It’s not far enough when innocent people have been murdered for such minute unjustifiable stuff.

I come from judge mentalism and ‘not being good enough’ .

‘Don’t be so dramatic, you’ve got it pretty good, since ‘back in my day’,

Back in your day you faced trials, inequalities and rejection,

But our generation sees that too, in the mirror in our reflections.

We are helpless, selfish, one of a kind.

We walk around the streets with no life in our eyes.

I come from late night calls and aimlessly wandering through town.

I come from a Bluetooth speaker and a good time with friends.

I come from contentment.

The World has Turned

Oh how the world has turned

Lies, broken trust we don’t know what to do

We are lost in this world, hiding behind these masks that are a mare

Oh when will we be told to gather around again

Footy is the game

Footy is full of aggression

Get in my way you are going to feel the pressure

Controlling the game it’s just what I do

Just leave me to it

It will all be over soon

The way they looked,

The bubble, the tick,

The sound that they made in school

They were so cool

I knew that I couldn’t crease them

The haters couldn’t afford them

I’m sick of this school

I hate having to wait and stare at this brown grime

Just so the clock will chime

I hate getting spoken down to

Just so they make me frown

When will this meeting ever end?

I just wanna be myself

But if I am myself I just get dirty looks

Come on man keep your head in the books

Im sick of being different it’s better than

Being the sheep who are indifferent

Were Did you Come From

I come from a ginger ma and a bald da

I come from football on the streets

And days all I want is na

I come from happiness but most of all pain

Pain I don’t know why it is there

I come from passion to make what I want happen

I come from somewhere it’s just

I come from gaming pc’s and comfy beds

I come from lego and clothes

I come from empty club cans

I come from old tv’s and sweet wrappers

I come from a family tragedy

I come from shin guards and football

I come from a new car

I come from dirty plates

School is so boring

I can’t be bothered

Got me locked up in the house

Wishing I could be free

To go visit the sea

On a Normal Day

Go around the johnner on a normal day

Head up to the park where the boys are at

And get on the session all night

Ring in a dominos and go to the delivery man

And we’re getting a free munch for the night

Then I’m on a groovey one with foy

Only I’m teaching him how to dance