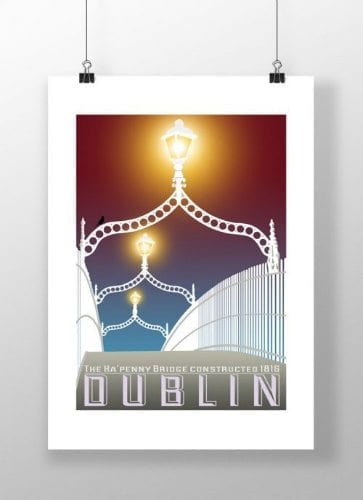 We are the lower class,
The smart ones, the kind ones.
The ones who don’t go to parties,
The ones who work hard in school.
The ‘shy’ and ‘weak’ ones

Day to day we get picked on,
Because we are different.
We have no interest in staying out late,
Or going to town drinking till the early hours.
And we’re Underappreciated,
Because we’re not like you.

Instead we’re at home staying up studying,
Working hard for the big exams.
We wear baggy hoodies and jeans,
Instead of crop tops or expensive trackies.
Because we’re Underappreciated,
Because we’re insecure.

Little do you know that you’re the reason,
You’re cruel words broke us down.
Made us feel worthless for the longest time,
Until we realise… You underestimated us.

We soon realise we’re better than you.
We have a goal we want to reach,
A goal we’re working hard for.
No time wasted going out getting in trouble,
Instead we stayed in, working hard to achieve,
To achieve the job of our dreams.

Few years from now, we’ll have a well played job,
Good money and a great family.
While you’re working a low pay job,
Living in a small flat wishing and thinking,
You could’ve done better.

We were at the bottom of the ranks,
But now we’re at the top of the league.
Your words made us stronger and we now realise,
We are no longer underestimated or underappreciated.

I come from a place
So small but so big
A place where you’re told
The only was to succeed
Is school or the streets
Your peers tell you school
But the boys tell you
The streets.
They say the choice is yours
But we all know the truth
And now it’s time to choose.

On the first of May, watching him set sail.
Sailing away, his mission “the frontline”.
With weapon in hand, wishing to prevail.
With his hope to return home, to be mine.

Fighting for his country, with all his might.
Praying for God’s forgiveness, for killing.
His fellow soldiers have died, in this fight.
Burying his men, with guns saluting.

My darling husband, who never gives up.
Led the frontline, against the enemy.
In the battlefield, entrenched in Europe.
He fought gallantly, now returns to me.

Stepping off the ship, half of his squadron gone.
Being thanked, whilst putting his medal on.

I grew up in a home around alcohol.
As a child in my room listening to my Mam and Dad arguing.
I never thought it would get easier.
Being in school never made it better
But after a while my Mam and Dad split
And my home is much more quiet now.
I miss my Dad being around.
But I’m happier now.

Growing up in this day and age
We have a lot to live up too
Grades,friends and popularity
When all else fails we want support
But instead were left with broken backgrounds
Never in my life did I want someone to trust more than right now
I see everyone with their friends and me in the background

I grew up in a place where my friends rather get high and swallow pills
Rather than swallow their pride and tell each other what they dearly hide.

I grew up in a place where boys fake to be businessmen
Rather than work hard and make an honest pay
They rather grow their name in an infamous game.

I grew up in a place where men use a brass knuckle to cos trouble
Rather than use their words and make they’re way out of this bubble.

Waking up earlier then I’d like
The noise of the alarm dreading the day ahead
School is 9 classes,
5 days a week
Noise of lockers closing
Wish I had of stayed in bed
Homework stressing us out
Head filled with doubt
Work all day still go home and do the same
Learning things and still don’t understand

People may think I act like I’m hard sometimes as if it was for nothing,
People may think I act like this for nothing that is not the reason at all,
Something happened that I had gone through that I had never felt before,
I hadn’t always been so hard to my feeling as I might seem now,
My mam had answered the phone,
Sometime after there was horrible screaming sounds ringing through the house,
I lost my uncle I hadn’t thought I’d see go and my dad lost his brother.

My generation are wearing clothes that cover every inch of their skin
Or wearing so little, that it can barely be classed as clothes at all.
We’re being called ugly for having acne
Or being called worse for having our faces caked
We’re told we’re the most accepting generation,
Except we can’t even be our true selves,
Because we’re afraid of the backlash from our own nation.
We’re being told that we’re trash that belongs in the bin
To the point where nobody believes they can win

While mam thought I was cozy in my mates watching movies or talking about boys,
We scaled the fence hoods up and heads down,
Into the dark stone structure where once a business lay,
The hollow building where we ducked beneath
A kicked in wooden board into the derelict drippy cavern,
As we ignored the caution asbestos tape,
We crouched into an empty doorway where a locked door sat long ago,
Once needed correct authorization now is non existent,
And we sat there on the old office chairs,
Speakers screaming house music,
As stress free as we had ever been,
Since I started in secondary school in 2016.

Number 10 on the hurling field,
Nothing to hide except my meals,
Eat like crap and cannot stop,
But it won’t stop the hurler I am,
Running through straight for goal,
Top of the corner it will be told,
The other team screaming at us all,
But after all it’s only stick and ball.

Playing with the team, ready to win a game
All the scouts watching, you tryna impress,
You get the ball and pass it long,
Your mate shoots and scores,
The scouts watch on as you ain’t playing well
You think what the hell what am I doing?
You get the ball and dribble on,
Then you bang it in top bins
You celebrate like you won a final
But then remember your still losing
But all is well you’ve played very well
And now you have been noticed
Your hopeful for the future
And you finished the game well

I remembered the time I didn’t know pain
Now I know there’s different types but they all feel the same.

Sunflowers reach,
Up to the skies,
Algae are green,
And so are your eyes.

Foxgloves in hedges,
Surround the farms,
Seatbelts are safe,
And so are your arms.

Daisies are pretty,
Daffies have style,
My thing is cute,
And so is your smile.
A nanny is beautiful,
Just like you.

Who’s drink is that? I think I know.
It’s owner is quite angry though.
He was cross like a dark bitter apple.
I watch him frown and run around.
I cry hello from within.
He gives his drink a shake.
And screams I’ve made a bad mistake.
The only other sounds the break,
Of distant creaks of wood and birds awake.

The drink is warm, sharp and deep.
But he has a promise to keep,
Revenge is lonely and oh so sweet.
Tormented with demons and evil signals all he can relate to is cheap sprits.
Awoke with dark thoughts in his head.
He arrives at the shore with not much more.
He leaps from the border with a big jump forward.
Next thing you know there’s a body in the water.