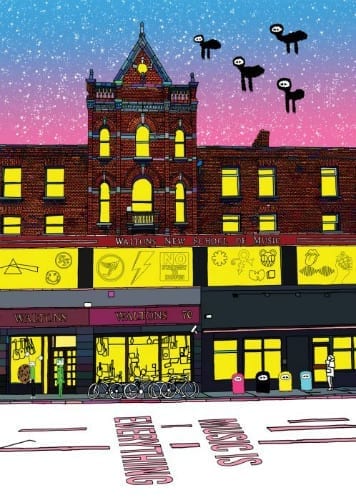 As I sit in my warm bright room, feeling fine
I scroll and scroll
I see people, I see places
But I don’t have a clue who they are?
Or what they do?
But thousands and thousands love them
And for what?
Because they are skinny
And how they are pretty
And how they get driven around in fancy cars
But unlike me
I’m not them
I don’t have fancy cars nor will I ever
I’m not skinny nor have a tiny waist
And yet from sitting here, scrolling and scrolling
But how I’ve gone from a warm bright room
To a dark empty’s one

Growing up accepting this is normal
Everything you do getting watched and judged
“You only live once”, but what life
Real life or your other social network one
Living a life set up for pain
Pretending everyone has money like rain
Everyone passes comments and thinks they know
As if they can judge what they don’t
Trying to be someone you’re not
Not realizing how much you’ve got
Going through a lot
And concealing it to live the Instagram you

Do Not Tell Me

Do not start with roses are red, violets are blue
Do not tell me it’s going to be okay, try your best
Do not tell me that the letters A,B,C,D,E,F define our future
Do not tell me they aren’t the same letters that we as a unit jumble together to not fail
Do not tell me that I have to pass to succeed
Make money, make money
It wafts through the air like the scent of cheap coffee, almost as pungent,
As it crawls up our nose and projects out of too a sheet of paper
We use those letters, we drink that coffee
But if roses aren’t red and violets aren’t blue then what’s teen spirit all about?
Broken smiles, chipped nails, this is what we are, we are those letters.
Teenage years are the best of your life. Right?

My body is my own.
It’s not for you to gawk at, honk at as you drive by,
Driving me to insanity and insecurity.
Shaming me for having femininity and a womanly body,
But I’m young, not just some young one on the street to feast your eyes on.
I don’t want you to make lewd comments,
Rude comments to show off to the boys behind your back.
The grown men backing you up, laughing and cheering you on because “g’wan, you mad lad”.
Don’t touch me with your hands, hands sliding up and down my back backing me into a wall.
Walls closing in making it harder to breath.
In and out, in and out but there’s no way out.
It’s out of my control because you want to fill and empty hole of your chest
Because of your loneliness and pain.
Because while society teaches you that sexual harassment is bad
They say “He’s only a lad, he can’t help it”.
That you can’t help think with your micky, but let me tell you, this has happened to your mammy.
If this doesn’t stop it’ll happen to your sister, your neighbour, your cousin
Because this is what people mistake harassment for what love is.
They’ll be growing up with a thong over their heads
Being told that if they wear this they’re heading for trouble, that they’re asking for it.
They don’t want it. We never asked for it, we will never ask for it.
We are not objects for you to object, we’re your sisters.
We’re your aunties, your mammies, your classmates, your best mates. Your fellow man.

People do crime to make dime but always receive time
The place is dive shops won’t even stay open till five
Robbed cars burning rubber turning fast around corners from blue lights
Drugs being sold, as much as kids being told the sky is blue, no one has a clue
This is my home I have grown up here, from every tear from far to near
Hard workers to dark street lurkers, who walk through that big green park
Broken windows, weed toking and property stroking, never be heart broken

Tallaght is a place,
People call it a disgrace
Fellas running around with blood on their face,
For beating up a fella who said something about his mate.
Tallaght is the spot,
Everyone’s Da smoke rock,
Garda racing against the clock,
On the way to raid your dealers gaff, tick tock

Horses go nay,
Boats dock at the bay,
Food gets brought out on a tray,
Let me ask you, how was your day?
Mine was good, I didn’t do much,
Someone passed me a ball and I took a good touch,
It bounced once and I kicked it and top corner it curled,
They will be talking about it all over the world,
For lunch, I had a chicken roll,
I took one bite and tasted some mould,
I threw the roll straight into the bin,
But the after taste of mould was still very grim,
That’s about all that happened today,
Actually the horse died it no longer says nay.

I hate school
We’re always under so much pressure
Getting the bus in the worst weather
School days never get any better
Never have homework done
It’s just always thrown together
Being on holidays is what I treasure
My friends and me
Will be together forever
Wordddddddddd.

Chicken satay, noodles chips and rice
I’ll get some Chinese, what’s the price?
Chicken nuggets, chips, Fanta with ice
Ooh and shredded chicken that’d be nice
I’ll have some curry and taste the spice
And get a pizza id have a slice
Have a dessert that tastes like paradise
I want food but what I want is impressive