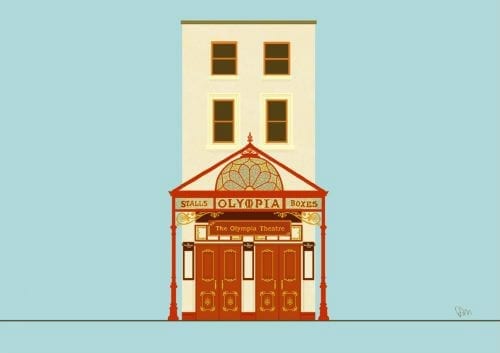 He comes to mind again
This can happen either very rarely or very often
I can never help it
All those memories starting to fade
Someone I cared so much about
And I barely remember his face
I can’t help but miss him
It was such a shame, what happened
I just wish he was still here

I miss my dad

The blood rushing through my veins,
The sweat pouring, I’m so focused on scoring,
That winning goal that wins it all, it grants us victory,
It means so much more than a goal should mean,
But yet it feels rights, it’s this one goal that shows
Our pride, our diligence, our everything, this one goal
Can win us it all.

The world ain’t all sunshine and rainbows.
All the days that just go by with us thinking about our lives and what we see inside.
It is the eyes that deceives the mind, which then we project into our lives.
The masks of lies only brings comfort to those flies that spreads hate which infect our souls.
Our souls were never meant to be broke.
Nothing ever defines us as who we are.
But these rhymes keep floating deep inside waiting to burst outside.
But we should STOP!
As this is inbred in our brains which will go on for days, months, lifetimes.
But instead we should show our brighter selves,
Because they might never change unless you change.
These false personas and perceptions that bring about legends
Are only visions they should never be.
You should be you and only you,
For you are the only one which can shine and rise to show
That those very little lies are never defined.

We were ready to go and to show our worth out on the pitch in the mud and dirt.
I walked out and looked in the sky it felt like I could fly.
As my studs dug into the ground I felt as if I was walking on a cloud.
We all lined up and as the ref walked on, time was up.
The ref said ready as he looked at the goalie and we were coming for that trophy.

Sitting alone at home, he hears the phone ring,
He pick the phone up, amiably speaking to the friend.
They talk about many things; the weather, relationships and life.
He says everything is fine, he has no issues with anything at all.
That is when the phone call ends and he goes back to his bed,
Again, sitting there alone and by himself, he goes right back to thinking,
Never admitting to what he himself knows is wrong,
And how he’s thinking of quitting everything at that very moment.

Competitive sport is like a war
Relationships and friendships tore
Just because of the colour of your shirt
You’re treated like a piece of dirt.

Many people adore the same sports
But are disrespected for whom they support?
Violence, abuse and names are shouted after games
Putting passionate people into shame.

People should be free to support their team
But are hit by insults like a laser beam
There should be freedom to represent your club
And celebrate their victories in a local pub.

The world can be harsh and cruel and turn on anything that is different.
The only thing people need to remember is that nobody is better than you
And you are better than nobody
No matter where you are from you can always be what you want to be
Nobody can tell you otherwise.
So if you want help, don’t be afraid to ask for it, nobody will say no.
There are always people out there to talk to if you want
And never be afraid to show any signs of emotion.
If people do slag you about it then they have their own problems to figure out.

To be honest I’m lucky I have the parents that keep me out of daily trouble
Drugs can destroy your brain because of the substances they contain
So hard to see all those people in pain, veins popping out
They still do drugs that can destroy your brain
People take drugs for pleasure
Some people take it because of the pressure
And it’s a disgrace
All I want to say don’t to drugs and the pain will go away

As we walk into the warzone,
We know there’s going to be some broken bones
Eleven v eleven
We have to be ready for the other team’s aggression
Of course we come out as winners
We made the opposition look like beginners
As the crowd cheered
The other team disappeared.

On the way there
The match was about to start
Dedicated fans, supporting their teams
Driving north and south apart

I Look Out the Window

I look out my window and see green
Turns out thing aren’t as I seen
I look out and only see clay
And I just hope and pray
That one day, everyone can be the same
Then I realise that life is so lame.
I get out of bed and brush my teeth
Only to realise that life is full of grief.
I’d go back to bed to think
Only to realise that everything will just sink
And the life will pass in a blink
And that all humans ultimately stink
I go to school hope to stay away
Then realise fourth year is a piece of cake.
But sometimes you just need to brake.
And realise all the mistake the humans make
I now realise people just want to get baked
And most humans are just snakes.

When I’m writing I always feel absurd
I don’t want anyone to be disturbed
But when I speak I have to preach that the human mind can always seek.
What I want to say is I fray because in school I don’t misbehave
I’m always the good kid, i’m not the cool kid from the hood
And I feel so great when I can always relate
But when I can’t relate, I sit there and I feel irate
I don’t have an addiction
Why are we always focused on fiction
When the fact is that math doesn’t really matter
Every day the teacher is giving jibber jabber about nonsense stuff
I find it so rough every day bored
I just don’t want to give up cause I need to pass
I need to achieve with my goal, I’ll feel relieved
I’ll feel like a beast, but now I’m back to the pad
And the pen in the garden shed deciphering if I should write this verse
Instead maybe a thread
Maybe I put a beat on this listen to it on repeat
While I talk about my wonderful speech
I’m thinking to myself when I can reach
The goal from looking at the trophy shelf

No Family is Perfect

It all started with a house.
My Grandad died and corruption started.
No family is perfect.
She wanted one thing, her siblings wanted another.
She lied to the press and to the public about us.
No family is perfect.
November 5th, seven years of no communication with my auntie.
This is what it lead up to.
We won.
The judge let us know that we have finally won this family matter.
No family is perfect.
I do not fear anything but fear itself because
I believe that fear is what you want it to be.
I feared for Justice and future on November 5th 2018.

Junior Cert Results Day had finally come, my last chance to prove, I’m not that dumb.
I woke up, got dressed and said my prayers,
Hopefully someone was listening that actually cares.
Maybe my grandparents were ear wigging, I always tried to be nice.
But maybe today, I’d have to pay the price.
I waited for my Mam as she finished her work, she came home,
She gave me a little smirk. She said “Are You Ready?”
I thought to myself “oh crap.”
I then said “I’m not ready, I have to admit.”
In the car I went and I arrived to the school.
In my thoughts, I was thinking “Is the world really cruel.”
On the way up to get the result,
I knew I would never live this down until I’m an adult.
Handed an envelope with hopefully good news,
This better be good or else I’d get a new bruise.
Walked outside a bit and with a lump in my throat,
I needed to know if I have the brain of a goat.
Opened it up and I done very well, to my Mam, I don’t need to say a farewell.
With the results good enough to put on my shelf,
I now realised I need to believe in myself.

Life is short but I enjoy it
People who never leave my side
People who are there always
Friends, brother, the lads
Don’t have to know them
But I do
Cause I love it

As I’m standing on the field it feels like the pressure is on me
As I’m waiting on the ball I see him fall to his knees
As the ref blows the whistle I could see it kick off
I knew he was about to blast off
He went swinging people were ducking and weaving
I could see his dad giving it, for he knew it wouldn’t end well

For a lot of people, life doesn’t come with problems but for some it happens daily
I never had a tough up bringing but that doesn’t mean my life is all sunshine and rainbows
From a young age I always had different interests and a different way of doing things
Whether it be a different way of dissing or a different taste of music
I was told that if I didn’t like football I wasn’t normal
Or if I didn’t listen to the latest rap music I was misfit
This made me think that wouldn’t be able to surround myself with people
That didn’t care how I dressed or what my interests are
But I did and I love the people I know
And I feel like I have to pinch myself to make sure
That they are actually here
Because in my opinion the worst thing you could do is surround yourself
With people that will judge you for something you do
That forces you to change the way you act and think
Because that can put you and others in a bad place
I think that there should be more of an effort in schools like mine
To show that you don’t have to be the same as everybody else

4th year now, school isn’t that bad first
Real time you’re able to have a laugh
No more exams or grades or tests
Look lads I got me first hair on me chest
Then I’m straight home
Straight on to me phone
Sick and tired of telling me ma to leave me alone
Then the PS4 begins to call me over
Within a few minutes I’m reaching for the controller
Day to day to there’s not much to do coming from Coolock
You know this stuff is true
Still in my heart in Coolock
Where I’m from and in my heart it will always belong

In my garden we have lots of green trees
And the lots of space to play around.
It is a lovely day
The weather is nice and warm
On Friday and we have a great day in my garden