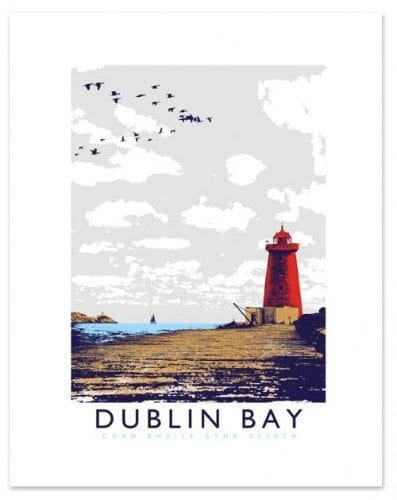 I lay in bed and dread the next day of having to wake up extra early to do my makeup
And look acceptable to walk into school
And not get told you look like a fool or get asked are you sick?
Those mornings I wake up too late to do my makeup
And have to go to school and feel like a fool
And not feel beautiful and be asked are you sick?
No I am not sick I don’t have makeup on.
What is that not acceptable anymore?
Being told oh you look ugly today,
Well does it matter I’m only here to study, right?
Apparently, I’m here for people to look.

In the plains, a motherless mother was smothered pregnant,
The father of the baby unknown – on her own,
Until another man took her to his mother’s home.
Happy for a moment, months, she was,
‘Til she was seen getting dragged by her scalp by that lion who wore a man’s skin.
Baby was born under thunder, passed from Mother to the other ‘man’
Who fronted as her father, every weekend and so.
Raised amidst two rough patches of grass, the lions were watching.
A cruel heat caught the dry grass, a blaze had begun.
Baby’s auntie, her auntie’s man, and two cubs taken.
Mother shaken, her father heartbroken, but Baby didn’t understand –
‘They’re only sleeping’.
Days went on again, Mother was drinking more.
Baby started school, her mother hoped she would outgrow her herself.
Baby’s mother’s father cracked a dry smile, he had to be strong –
One daughter, one granddaughter, and not much else.
Went on for a while, Baby was doing okay in school, passed from patches of grass and back.
Mother was cracking under her stone face,
‘Til a twine rope caught her neck whilst it swung from an acacia.
‘Now she’s in a better place’ they told Baby.
‘She’s only sleeping, for a long, long time’
But Baby will shine bright enough to outshine the sun
Which gazed down upon the plains she roamed.
She must, for them all.

The world is a mess, it’s a test to stay alive,
When you’re running in the USA from a magnum 45.
Students try their best just to earn an honest life,
Without having to deal with getting robbed with a knife.
It’s always a struggle with the amount of people killed,
But it won’t change even if the blood is spilled.
You think that the country’s fine, you think the rules are fair.
But the only thing you ever say is they have your thoughts and prayers.

Not what you Think

The blood red sun never goes down
You always get lost in this tired, old town
The tapas bar flowing, the night never ends
You have no need to worry about
What’s waiting round the bend

Jugs of German beer, tall strong and blonde
People pretzels found their one and only home
Hanging out everyday
No worry it’s OK

Inside the modern window frames
I can’t help but remember flames.
They’re much too bright so I’d rather forget
They makes me think
They make me regret
The time I spent.
Now that I’ve none left.

People who haven’t lost anything or anyone,
Don’t know what a brutal world this really is.
You probably were that one child who joked about their parents dying.
Death is not a joke but it’s something that we all get to experience
And are supposed to deal with. Your problems aren’t even real.

Life is more complicated than criticising about your friends and complaining
About stuff that another wouldn’t even find remotely close to something to cry about.
People assume so much, just because you have a smile
Over that unhappy, headache-full of thought head,
Doesn’t mean that I’m all of a sudden okay
And ready to hear about your bullshit life that I wouldn’t want for myself.
Your life sounds so perfect but mine made me stronger.
Yes, life isn’t perfect but it would help if you opened your eyes
And saw how much you have in compared to another.
It would help if you actually said things that meant something
And that wasn’t something that made me get my hopes up.
Being used by people is all I’m gonna know about.

Humans are so many different things and yet that the same
So why do people hate and hurt others and themselves
Blame music, movies and videogames
Because they’re invented by us
They’re not the problem we are

At a young age just a happy girl
But what she’s been through will make your stomach whirl
Secondary School started, set her mind straight
You’re fat, you’re ugly your nose is big, just too much hate
She realised to prevent this outrage
Out of her life it would take a wage
She began to drastically watch her weight
When she was offered food, she claimed she already ate
But if she did eat she would get sick
Two fingers down her throat was her favourite trick
Few months later people telling her she looks like skin and bone
But she continued believing thoughts of her own
Wrists scarred
Life’s hard
But she won’t let down her guard

When I was growing up, I had no luck.
He didn’t care about us,
Just me and my sister sharing a worn out bed bunk,
My mother fighting hard for her two daughters up stairs
She seems to be the only one who cares.
I go downstairs to see him wrestle her to the floor,
I got down and let out a huge roar,
But no, he didn’t care that I was stood right beside her
I was only three years old,
But it still goes untold

He gets to his teens people saying
These are the best years of your life, why are you complaining
He takes stab wounds, left and right, day after day
Lads shouting names in the halls saying ‘you’re gay’

He borrows through school,
Gets a job, has a wife
He went through life, through torment and sorrow
Through classroom lies the fear still hollows

You come here when you have no life,
And the lesson you learn you will learn with a knife
All the scumbags live in old Ballybrack
And you cannot see in front
Cos you’re always looking back
All the crime and the guards
Don’t know what happens
It’s like a live hand grenade
Put in Christmas wrapping

You come down here if you have no money
To the kids selling e and it just aint funny
Your man nearly croaked it, nearly drank himself to death
There’s travellers fighting on the motorway
The guards are out breath

When I wake up he isn’t there,
Please bring him home is now a daily prayer
When he comes home he starts swinging
But like a flick of a switch he’s singing

HE DOESNT THINK THERES ANYTHING WRONG

Is this really where I belong

She said she wanted a son
This is one fight I cannot out run,
She is a demon nobody has ever escaped,
No matter how much my body bled,
She said it’s all in your head
Last words she said was
You ungrateful cow
I’m just surprised I’ve lasted till here and now

We see the young ones getting drunk in the field.
But their problems like their scars won’t heal.
We see girls falling around with their knickers busy.
Falling drunk until they all go dizzy.
The boys fight for girl’s attention.
But the girls go home while they stay in detention.
We see girls ripping out each other’s hair.
But anyway their moms don’t care.

The pricks and fools,
The robbed crown jewels
The keystone cops,
In the closed down shops
They put the heating on
In summer and not in winter
Cause the school is made of timber
And it gives your brain a splinter
So even when the sun shines warm and not chilly
My house is my kingdom
And I’m thinking of the silly

It all started where my legacy began.
Running from guard in a getaway van
I found out the fact that you’re the one calling zacky fat
You’re the dirty sneaky rat
I learned that old doctors are corrupt taking more than 4 drops of blood
The water is catching up causing a flood
I thought of all the people I’m around
I removed all those people then I got crowned
This is where she found the package
This is where I did the damage

Nobody helps
So you’re stuck on the shelf

We are Rovers,
Super Rovers,
No one likes us,
We don’t care.
We hate Bohs,
We’ll fight them anywhere.